A report claims that Zoom's iOS app sends data to Facebook despite the fact some users don't even have an account on the social media platform. 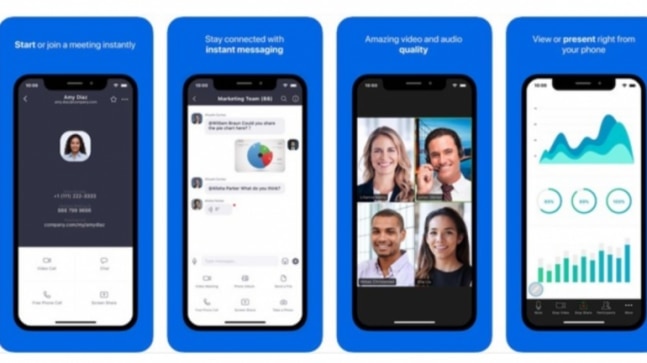 The coronavirus pandemic has proved to be a boon for many tech companies and video conferencing software Zoom is one of them. There has been a sudden rise in the usage of the video conferencing app due to the lockdown that has pushed many working professionals to work from home. A report now claims that Zoom's iOS app sends data to Facebook despite the fact some users don't even have an account on the social media platform.

However, many tech experts have said that it is not something unheard of considering the fact that many apps use Facebook's software development kits (SDK) to add more features into their apps, which then leads to sending information to Facebook invariably and Zoom uses the software development kit. However, Zoom users are reportedly unaware of the fact that they are sharing information with one app but the data is being shared with another app.

As per Motherboard, Zoom's privacy policy states that the app collects data of the user's Facebook profile which can be shared with third parties. However, it nowhere states that Facebook is the third party and they have also not stated that the information of non-Facebook users will also be shared.

Facebook's terms and conditions state that the app makers are supposed to provide users a "robust and sufficiently prominent notice" of data sharing practices. Zoom sends a notification to Facebook when the iOS app is opened, they also share the user's carrier information, his phone's model name and what city and time zone he's using the app from.

Will Strafach, an iOS researcher, confirmed Mothetboard's report that Zoom indeed has sent data to Facebook."I think users can ultimately decide how they feel about Zoom and other apps sending beacons to Facebook, even if there is no direct evidence of sensitive data being shared in current versions," he was quoted by Motherboard as saying.

However, this wasn't only the privacy glitch found in Zoom. The EFF had revealed that Zoom can monitor all the activities of the people using the app. They can see the IP address, location data and device information of each participant during a call. In 2019, a researcher found a major flaw in the app that left many users exposed to webcam hijacking even without their knowledge.

On a related note, Zoom is now making a lot of many as most people across the world are now working from their homes. Recode journalist Kara Swisher in one of her articles revealed that "Zoom is now worth more than four US-based airlines combined - United, Delta, American, and JetBlue - with a market cap of just above $44 billion". Zoom's share price in the market has gone up from $62 to $160 in a year.