ZTE Axon 20 5G is going to be the world's first commercially-manufactured smartphone with an under-display camera. 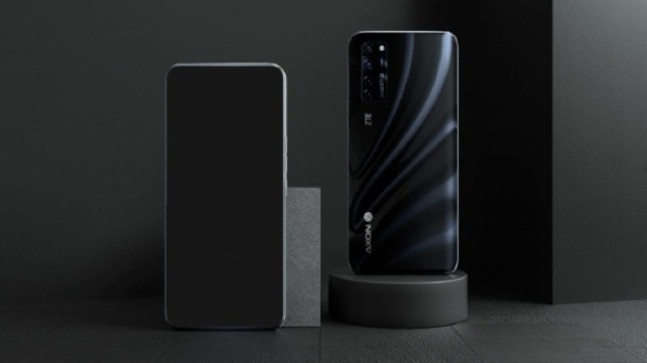 ZTE is launching the first smartphone with an under-display camera commercially next month in its home market China. Called the Axon 20 5G has a camera hidden under the display, so it is not like the conventional workarounds such as the notch or the punch-hole that we have been overtreated with on several smartphones. The technology has been showcased previously by Oppo, Xiaomi, and other Chinese companies but ZTE is bringing it to mass-produced smartphone first.

There is still time to see the official launch of the ZTE Azon 20 5G but the company thinks we are too eager to hold our excitement. Which is why it is sharing the best look of the Axon 20 5G through its Weibo handle. As expected, there is not a punch-hole or a notch on the display: it is all clean and plain but is not rid of a thick bezel. The common method to ensure a no-hole display is to go for pop-up cameras, but ZTE is taking a novel route -- the one that has only be demonstrated on prototypes so far.

ZTE Axon 20 5G teaser mock those workarounds in the lamest way, unjustifiably so because the company itself launched several smartphones with notches and punch-holes on the display. The mechanism on which the under-display camera will work is quite technical -- Oppo explained it the last time but ZTE may have a different setup altogether. We are not sure what process ZTE has employed for the under-display camera on Axon 20 5G to capture photos. Even if the process gets clear soon, I am highly doubtful about the image quality from the camera, simply because the technology is nascent.

For what it is worth, ZTE will have bragging rights about launching the first smartphone with an under-display camera. We might see the ones from Oppo and Xiaomi in the future, despite the fact that they were the first ones to be demonstrated. But, at least, Oppo and Xiaomi will have a lesson from ZTE Axon 20 5G that they could use to rectify the flaws in their under-display camera technology if there are any.