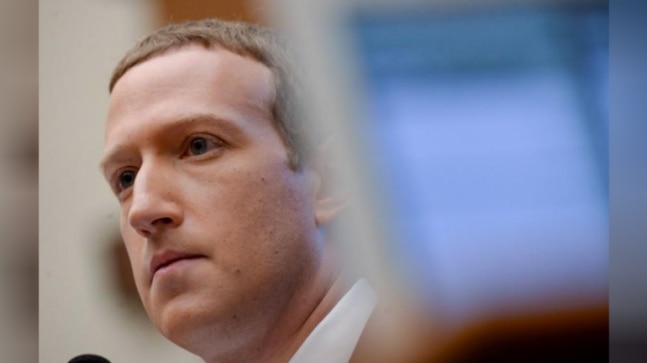 Two employees who attended the meeting told Bloomberg that Zuckerberg took questions from the upset employees and explained to them that Trump's remark did not clearly incite violence, which means it didn't break Facebook's rules.
The meeting reportedly lasted for 90 minutes and Zuckerberg answered employees' qualms through a split-screen.

Zuckerberg further said that the company was exploring its policies and thinking about coming up with other ways to flag violating posts besides taking them down entirely.

As per the report, Facebook will create a hub for election resources like how it did for COVID-19 where users can seek out vetted information.

Facebook has experienced internal resistance with many senior Facebook employees taking to Twitter to voice their dissent, some employees staging a virtual protest, and some even quitting.

Timothy Aveni, a software engineer for Facebook announced his resignation on Monday, citing Facebook's failure to step in on content such as Trump's.

"Mark always told us that he would draw the line at speech that calls for violence. He showed us on Friday that this was a lie," Aveni posted on Facebook. "Facebook, complicit in the propagation of weaponised hatred, is on the wrong side of history."

Zuckerberg in a public post wrote, "Personally, I have a visceral negative reaction to this kind of divisive and inflammatory rhetoric. I disagree strongly with how the President spoke about this, but I believe people should be able to see for themselves because ultimately accountability for those in positions of power can only happen when their speech is scrutinized in the open."

The misleading Antifa accounts were removed for inauthentic behavior because they purported to be something they were not, Facebook said. Facebook executives said that Facebook had not designated Antifa as dangerous and that they acted based on behavior, not the politics of any content.

TikTok, some other Chinese apps slip in app store rankings in last month in India