On July 27, the same hotel was slapped with a Rs 25,000 fine for illegal collection of tax after actor Rahul Bose's viral tweet about being charged Rs 442 for two bananas. Incidentally, it was the same investigation into Bose's complaint that led the authorities to discover the excise violation 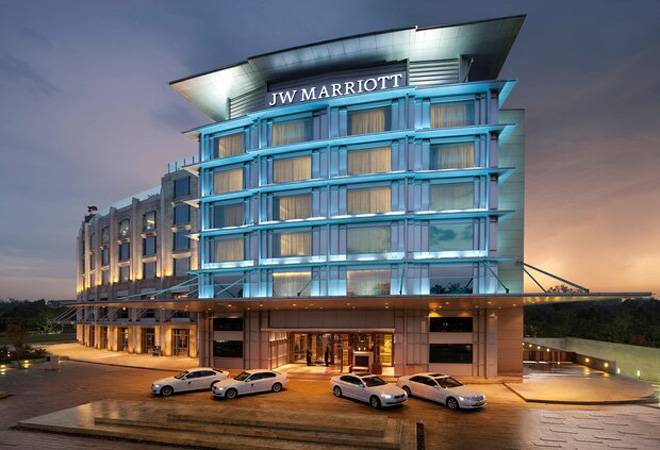 The Chandigarh property of JW Marriott has rubbed the authorities the wrong way for a second time in two weeks. The UT excise and taxation department imposed a Rs 5 lakh fine on the hotel on Thursday for stocking liquor bottles without the mandatory hologram. On July 27, the same hotel was slapped with a Rs 25,000 fine for violation of Section 11 of CGST which covers illegal collection of tax on exempted items.

Chandigarh Deputy Commissioner and Excise and Taxation Commissioner Mandip Singh Brar had ordered a high-level investigation after actor Rahul Bose posted a video on social media lamenting the fact that two bananas at JW Marriott Chandigarh had cost him Rs 442.50. Incidentally, it was the same investigation into Bose's complaint that led the authorities to discover the excise violation.

The Excise Policy 2019-20, approved by the Administrator, UT - Chandigarh, states that "Holograms/Intaglio printed security labels with holograms on packings/bottles of country liquor, Indian Made Foreign Liquor and Imported Foreign Liquor (excluding Beer, Wine, Champagne, Liqueurs and RTD etc.) will be mandatorily affixed by licensee at his own expense", except for permissible exceptions.

A team of the UT?excise and taxation department had been dispatched to the five-star hotel on July 25 for an inspection of the hotel's taxation records, but they also discovered seven liquor bottles without holograms, the Hindustan Times reported. The bottles recovered included brands like Chivas Regal, Cragganmore, Clynelish, Rowson's Reserve, and Antiquity Blue.

"Two brands of IFL (imported foreign liquor) were in the possession of the hotel, which are not approved by the department for the current policy year," read the department order. "But, the brands were purchased by the hotel in 2012 and 2017 when they were registered by the department. The hotel is directed to either get approval of the said labels/brands as per clause 10 of the Excise Policy, 2019-2020, or destroy the liquor under the Punjab Excise Act."

The Rs 5 lakh fine was imposed by Rakesh Kumar Popli, additional commissioner, UT excise and taxation department, in an order issued on Thursday.

Maruti Suzuki XL6 bookings open ahead of August 21 launch; here's how to pre-order