Huawei's vision is to make its AppGallery an open, innovative app distribution platform that is accessible to consumers and at the same time strictly protect users' privacy and security 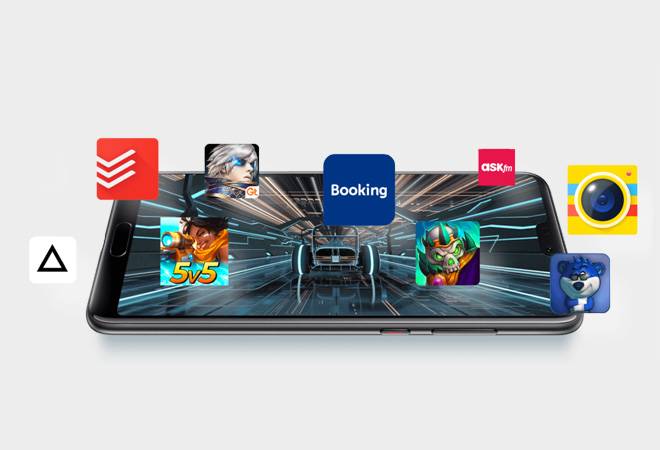 Forced to remove the Google Play Store from its devices after US President Donald Trump's administration banned its products in the US last year, Huawei is trying to make its AppGallery a viable alternative to Google Play store. Available in over 170 countries/regions with 400 million monthly active users (MAUs), this is the official app distribution platform of Huawei covering mainstream apps and services worldwide.

"'Privacy, under your control' has always been at the heart of our philosophy. We place privacy protection and cybersecurity as the top priorities of all our business operations and strictly implement them in all phases of our products. We also have the strictest privacy and cyber security solutions in HUAWEI AppGallery," says Richard Yu, CEO of Huawei Consumer Business Group.

Huawei's vision is to make its AppGallery an open, innovative app distribution platform that is accessible to consumers and at the same time strictly protect users' privacy and security.

Huawei claims that AppGallery comes with full-cycle security and protection, including developer real-name verification and four-step review process for secure app operation. All apps go through a stringent verification test to prevent developers' apps from malicious activity. It has an age-rating system to create a safe environment for children, filtering out apps that are not suitable for their age range.

It also deploys methods to isolate and protect users' sensitive data and privacy and assures that personally-sensitive information - such as biometric data - will never be processed outside the Huawei device. All user data is anonymised and stored locally, corresponding to each user's region.

With over millions of users worldwide, the Chinese technology company is continuously working on increasing the selection of top apps, including both popular global applications and quality localised applications. It segments applications across 18 categories, including news, social media, entertainment and more. Considering not all apps are listed on the platform, there is an option to submit the desired app name to a 'Wishlist'. And once the app is added to the marketplace, the user will be notified.

Apps downloaded from Huawei AppGallery are optimised to work on Huawei devices. The key enabler is Huawei HiAI, an open AI capability platform for smart devices, which pools software and hardware resources from different devices and facilitates collaborative, mutually-reinforcing interactions between them. For example, the WPS Office app uses the HiAI intelligent recognition capability to recognise text in images such as scanned documents and photos.

Huawei has also added installation-free and tap-to-use experience with 'Quick Apps' feature. Quick Apps are written with only 1/5 amount of codes compared to that of Android apps, therefore taking up less memory space. Huawei claims that users can accommodate more than 2,000 Quick Apps instead of just 20 native apps with 1GB of space. Quick Apps are used on over 350 million Huawei phones.

Quick App will be gradually rolled out to more countries and regions, offering China's mature Quick App standards and IDE development tools to global developers. All developers across the world are welcomed to publish Quick App to jointly deliver tap-to-use and installation-free experience to users.