Even the global smartphone market continues to decline for the fifth consecutive quarter, falling 6 per cent to 362 million units in Q4 2018. 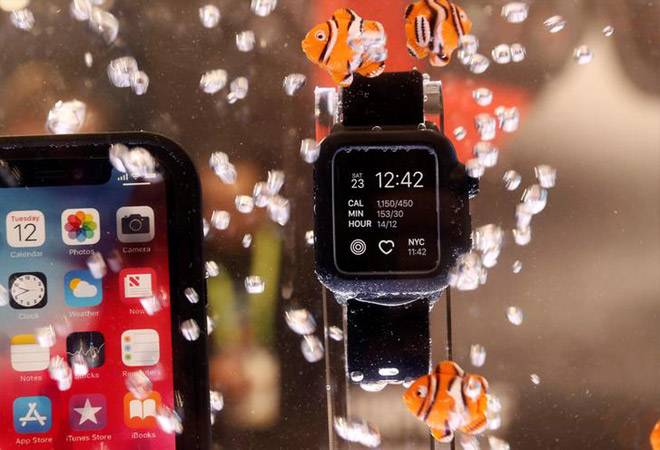 Even as slow iPhone sales pulling down Apple's revenues for fiscal year ending December 29, 2018, the Cupertino giant overtook Samsung to become the largest vendor in Q4 2018, reports a market research firm Canalys. Apple shipped 71.7million units of iPhone, in comparison to Samsung's 70.3 million units in the said quarter. On the other hand, both Huawei and Oppo registered an annual growth in the shipments with 60.5 million and 31.8 million units shipped. 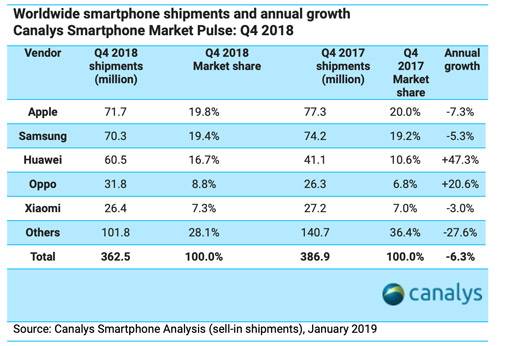 For Apple, the iPhone XR with over 22 million shipments was the top shipping iPhone, followed by iPhone XS Max and iPhone XS, which shipped over 14 million and 9 million units, respectively. Apple, during earnings call this morning, stated that customers holding on to their older iPhones a bit longer than in the past, iPhone subsidies becoming increasingly less common, and foreign exchange -- where the relative strength of the US dollar has made Apple products more expensive in many parts of the world -- are some of the key factors resulting in declining sales of iPhone. The report also suggests that it was a humbling year for Samsung in 2018, as it shipped 23 million fewer devices than in 2017, and its full-year total of 294 million units fell significantly short of its target of 320 million. Aiming to regain the lost market share, Samsung has announced the launch of the M-series, that would compete against the offerings from Xiaomi, Asus and Honor.

"It is no shock to smartphone vendors that the market has passed its peak," says Senior Analyst Ben Stanton. "People are clearly keeping phones for longer as product innovation slows. But the speed and severity of shipment decline has caught many vendors, investors, and other companies in the value chain off guard. International factors like the US-China trade war, weak consumer spending in developed markets, and a buoyant market for refurbished phones, have catalyzed the decline of smartphone shipments," adds Stanton.

The new phase of music streaming to come on the back of voice: Sahas Malhotra of Amazon Prime Music