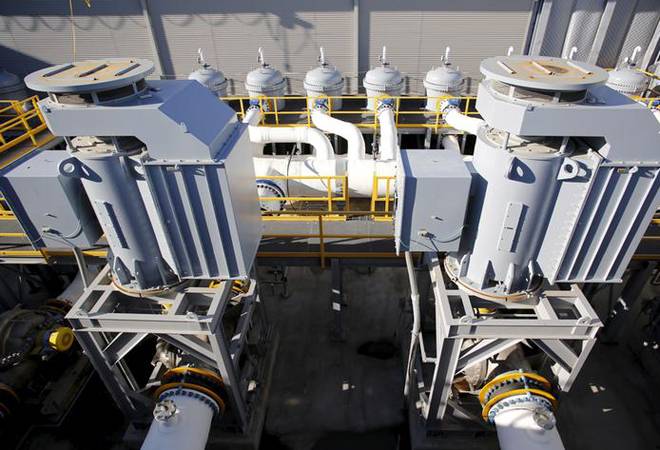 ArcelorMittal SA, the world's largest steelmaker, is set to build its first-ever desalination unit in Brazil to handle unforeseen water needs at its plant in the eastern state of Espirito Santo, senior company executives said in an interview on Friday.

The unit is aimed at lessening the company's dependence on state water utility company Cesan and avoiding production cuts at times of water crises as the state suffered in 2015 and 2016, said Jorge Ribeiro, president of operations at ArcelorMittal's Brazilian flat steel division.

While the plant is ArcelorMittal's first, desalination facilities have already become fixtures at some rival steelmakers and multiple mining operations, which tend to be water-intensive.

The company is in the final stages of picking a firm to build the plant, Ribeiro said, adding that the decision will likely be taken next month, with companies from India, the United States and Spain among those interested.

The planned investment is about 50 million reais ($13.32 million) and the project should start operating in two years, he said.

In an initial module, the plant will be capable of desalinating 500 cubic meters (132,100 gallons)of seawater per hour.

"It's a modular process, more modules can be added in the future," said Ribeiro.

ArcelorMittal Brazil's chief executive, Benjamin Baptista Filho, noted that during the 2015 water crisis in Espirito Santo, the company was told by the state government to reduce its consumption from Cesan by 30 per cent.

According to Filho, the desalination plant will be the first in Brazil to operate exclusively with seawater. The plant will use reverse osmosis technology and consume electricity produced by the steel mill itself.