CM Kejriwal has also announced installation of 2.8 lakh CCTVs and 11,000 Wi-Fi hotspots in the city. These hotspots will give free access to 15 gigabytes (GBs) of data across 4,000 bus stops and other locations such as parks, markets and government clinics 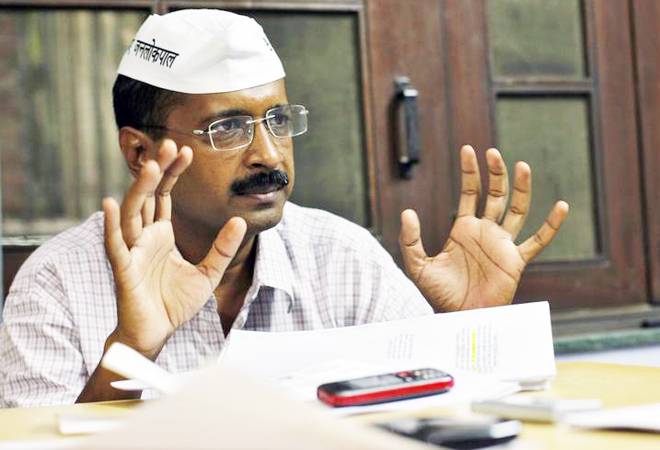 As elections in Delhi-National Capital Region get closer, Chief Minister Arvind Kejriwal is busy rolling out freebies for residents. He started off in June with announcing free rides for women in Delhi Metro - a move that was much criticised by most people, including the metroman E. Sreedharan. Most recently, he announced free electricity for consumption up to 200 units, which will have large implications on Delhi's finances.

If these were not enough, CM Kejriwal has now announced installation of 2.8 lakh CCTVs and 11,000 Wi-Fi hotspots in the city. These hotspots will give free access to 15 gigabytes (GBs) of data across 4,000 bus stops and other locations such as parks, markets and government clinics.

It's an old poll promise from Aam Aadmi Party's Kejriwal, which has totally lost its relevance. In 2015, the AAP manifesto talked about making available free Wi-Fi hotspots in the city to bridge the digital divide.

"We will make Wi-Fi freely available in public spaces across Delhi. Citywide Wi-Fi can help in bridging the digital divide. It will also provide an impetus to education, entrepreneurship, business, employment, and also tie in with women's safety initiatives," says the manifesto.

Over the past four years, starting February 2016, the Delhi government has missed deadlines for this project several times. Though it doesn't really affect anyone that AAP has failed to deliver on its poll promise - since the world has moved on since then - the fact that AAP still thinks that it could gather votes on such planks is astonishing.

In the Indian telecom sector, 2016 was a path-breaking year when Reliance Jio launched its super-affordable LTE services that commoditised the data market. Mobile tariffs went down from Rs 33 per GB in 2014 to about Rs 3 per GB now. Others like Airtel and Vodafone Idea also brought down their tariffs. Indians are consuming more data per person - 9.8 GBs per month - than any other country. The data explosion that began in 2016 is not going to slow down any time soon. A report by Swedish telecom equipment maker Ericsson highlights that the data consumption per user will reach 18 GB in the next five years.

In Delhi, for instance, the mobile data consumption is particularly high. There are about 5.2 crore mobile connections in the city where the estimated population is 2 crore. Most users have two SIM cards in their phones, and hence a lower dependency on just one operator.

Cheap tariffs for mobile data have literally destroyed the public Wi-Fi market. Many entities which focused on developing public Wi-Fi market in India have almost disappeared. One such company - Ozone Networks - interviewed by this writer in 2015 (https://is.gd/6hOjCy) has reportedly ceased operations. Even telecom operators like Vodafone Idea who were gung-ho about public Wi-Fi market at some point are now offering public Wi-Fi services for almost no extra cost. Unlike other countries where the mobile data tariffs are steep, users in India don't have the need for public Wi-Fi systems to access high-speed data. Increasingly, users at malls or public parks find it worthless (and cumbersome) to switch from mobile data to public hotspots.

Although some 150 companies had reportedly expressed interest in the project in 2015, lack of clarity on the monetisation of these hotspots led them to back out later. Even now, such details are not being elaborated by Kejriwal whose term ends next February. Even if AAP manages to build 11,000 hotspots, which the party claims would be the largest deployment for any Indian city, it is likely that the promise would find little or no connect with voters.

Slowdown Blues: Housing prices down in NCR & MMR, stagnant in other top cities