The company has many cities with a substantial car park and will make a gradual plan to enter them with first setting up a workshop, followed by establishing a showroom 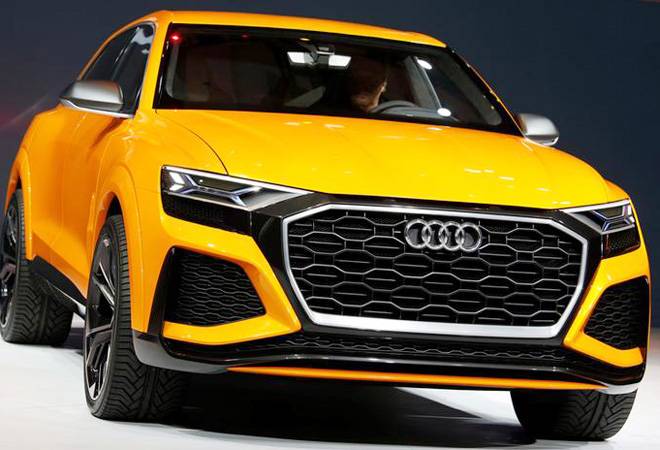 Luxury carmaker Audi India Sunday said it has adopted a new strategy to expand its footprint by first setting up workshops in tier-II and III cities, followed by showrooms.

With the luxury car market getting relatively mature in India, Audi is working on the Workshop First strategy to expand its network across the country.

"The idea is always to identify locations, which will be important in the future. Audi will enter these cities with a Workshop First strategy," Rahil Ansari, Audi India head told PTI.

The company has many cities with a substantial car park and will make a gradual plan to enter them with first setting up a workshop, followed by establishing a showroom, he added.

Under this strategy, Audi India last month rolled out the first workshop in Vijayawada, where the company does not have a dealership yet. Before this, most of the customers used to take their cars to Hyderabad for servicing.

When asked how many such service units will be launched under this programme, Ansari said: "It is a scalable model for us. We may plan dedicated workshop-first in any region that makes a good business case for us and the dealers of that region."

There are people in smaller cities who desire to have an Audi and more customers are willing to experience luxury in these locations with expanding service network and knowledge of low cost of ownership, he said.

"We also see a positive trend of customers in these cities who have an appetite for the performance and lifestyle cars. Compared to a few years back, Indian buyers are not hesitant to splurge on themselves. They are young minded achievers, who like to reward themselves by upgrading their lifestyle," Ansari said.

The Audi India head informed that the company was the first luxury car maker to open dealerships in markets like Jammu and Guwahati as these regions clearly exhibited rising aspirations for luxury cars.

"Even if sales in these cities are still limited, the contribution to volume is increasing. Making the brand available and accessible for these customers is vital for us," he added.

Ansari elaborated that Audi India used to get only about 5 per cent of its total sales from these smaller centres till 2014, while the contribution has now soared to around 25 per cent.

"We believe that metros will continue to contribute maximum sales for us but smaller cities are also important. The volume contribution from tier-III cities has grown in double digits over the last few years," he added.

Audi India sold a total of 6,463 units of its entire range of products in 2018 across the country.

The company's sales in smaller places have exceeded its own expectations with cities like Rajkot, Vadodara, Guwahati, Bhubaneswar and Vishakhapatnam growing more than the industry average.