Addressing the conference 'Building GREEN Real Estate' organised by CII-CBRE, he said there was a need to strengthen the public transport system in the national capital to check pollution and traffic congestion 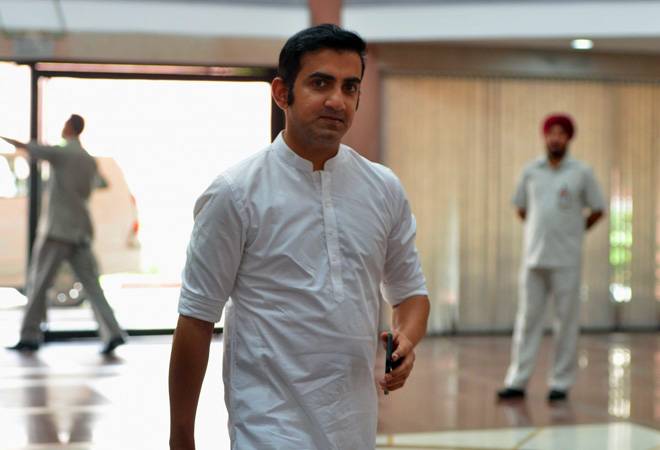 East Delhi BJP MP Gautam Gambhir on Thursday stressed on proper waste management for a green Delhi and said he was trying to find a permanent solution for landfills in Ghazipur and other areas in his constituency.

Addressing the conference 'Building GREEN Real Estate' organised by CII-CBRE, he said there was a need to strengthen the public transport system in the national capital to check pollution and traffic congestion.

He expressed concern over the mountain of garbage at Ghazipur landfill and its impact on people living in adjoining areas. The MP informed that he recently met the municipal commissioner of Indore in this regard.

"During my tenure, we will find a permanent solution to Ghazipur landfill," he said.

Converting Ghazipur landfill into a green space and utilisation of waste to generate energy, clean Yamuna project were some of the promises made during polls by Gambhir.

Talking about air pollution, Gambhir said the electric vehicle is the future and the government is promoting it through subsidies.

He rued that the number of buses has come down in the national capital to around 3,000-4,000 and stressed that the public transport system should be upgraded and strengthened.

Gambhir also spoke about the need for restoration of water bodies and rainwater harvesting.

Apart from waste segregation and its management, Gambhir said women security is his top priority and added that many CCTV cameras have been installed in his constituency.

Stating that Rs 5 crore fund annually under the Members of Parliament Local Area Development (MPLAD) was not sufficient, he said the industry should come forward and increase CSR funding for undertaking such projects.

Aditya Berlia, Vice Chairman of CII Delhi State, said, "Facility management is at the interface of tenants, investors, contractors and local authorities and thus, they are on the front line of implementing any plans to increase a building's sustainability."

Speaking at the conference, Rajesh Pandit, MD (GWS and PM) CBRE South Asia said, "With investors taking increasing note of environmental risk, it is important for facility management to be proactive in enhancing building-level sustainability."