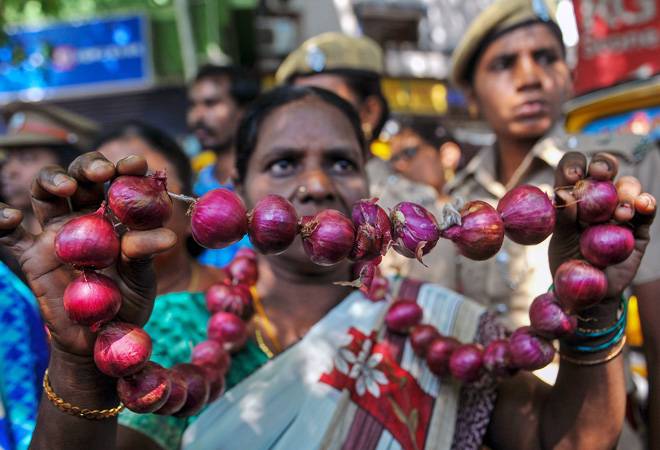 Congress MLAs Tuesday donned garlands made of onions in Himachal Pradesh Assembly as a mark of protest against the skyrocketing prices of the kitchen staple.

Prices of onion in many places across the country have crossed Rs 100 per kg because of supply crunch.

The legislators demonstrated with onion garlands during the Question Hour on the second day of the Winter Session of the Assembly.

The legislators jumped into the well of the Assembly protesting against the price rise of onions. However, all of them staged a walkout from the house a few minutes later.

Speaker Rajiv Bindal warned the Congress legislators not to carry banners and wear garlands in the Assembly. He told them their action was against set rules.

However, the Congress MLAs kept raising slogans as the proceedings of the Question Hour continued.

A few minutes later, they staged a walkout from the Assembly at 11.35 am.

(with inputs from PTI.)