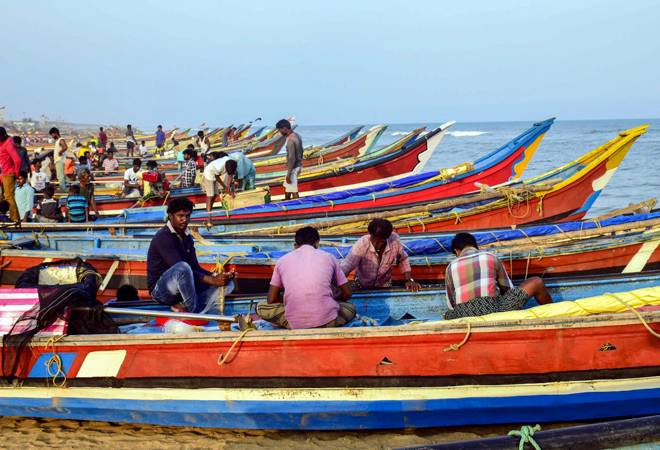 The Election Commission has lifted the model code of conduct from 11 coastal districts of Odisha, which are likely to be hit by Cyclone Fani, an official said.

The state is bracing for a severe cyclonic storm that is expected to cross its coast near Satapada in Puri district on May 3 afternoon with a wind speed of 175-185 kmph.

Chief Minister Naveen Patnaik had Tuesday urged the poll panel to withdraw the code of conduct from the coastal areas to facilitate speedy rescue and rehabilitation activities.

"The Election Commission has approved the proposal to lift the model code of conduct (MCC) in 11 districts of Odisha to facilitate relief and rescue operations," Chief Electoral Officer (CEO) Surendra Kumar told PTI on Wednesday.

The move will also expedite the work being undertaken to combat the cyclone in the coastal region, spread across Puri, Jagatsinghpur, Kendrapara, Bhadrak, Balasore, Mayurbhanj, Gajapati, Ganjam, Khordha, Cuttack and Jajpur areas, he said.

The IMD Tuesday issued a 'yellow' warning for the state and suggested the total suspension of fishing activities, extensive evacuation of coastal areas and diversion or suspension of rail and road traffic. It also asked the people in areas likely to be affected by the storm to remain indoors.

The MCC, which comes into force immediately after the announcement of the poll schedule, refers to a set of guidelines issued by the Election Commission to ensure free and fair voting.

Simultaneous Lok Sabha and Assembly elections were held in Odisha in four phases between April 11 and 29.