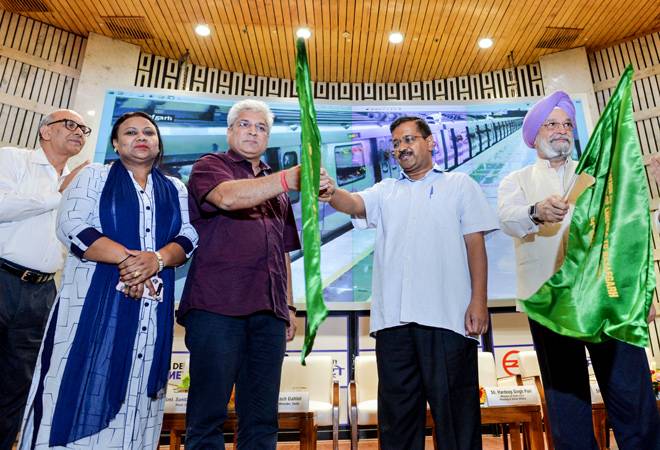 Kejriwal said people of Najafgarh had been demanding this for a long time. People residing in the rural areas will be benefitted by the corridor, he said.

The flagging-off ceremony was held at Metro Bhawan around 11 am, said Anuj Dayal executive director of corporate communication, Delhi Metro Rail Corporation (DMRC). With the opening of this new section, the Delhi Metro's total network has expanded to 377 km with 274 stations.

The total travel time on Delhi Metro's Grey Line corridor will be around 6 minutes and 20 seconds, he said. At present, the DMRC runs 376 trains, spanning 2,206 coaches and 4,778 trips per day, he added.

Dayal earlier had said, "The Delhi Metro Grey Line is a standard-gauge section and out of the 4.295 km, 2.57 km is elevated and 1.5 km underground. With the opening of this section, the Dwarka metro station is all set to emerge as an interchange facility that will connect the sub-city with the locality of Najafgarh."

Janak Kumar Garg, Commissioner of Metro Rail Safety, had inspected the corridor for safety on Wednesday and given the mandatory approval for starting passenger operations.