Responses were drawn from over 300 manufacturing units from both large and SME segments with a combined annual turnover of over Rs 3.56 lakh crore 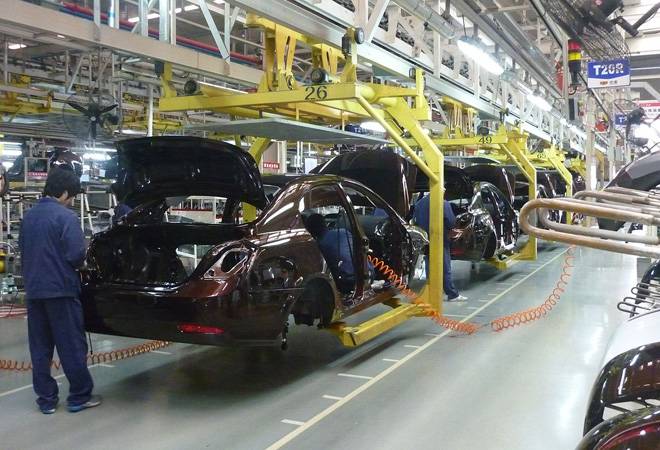 Sentiment in the manufacturing sector remains positive as overall capacity utilisation rose to 80 per cent in the fourth quarter, a survey by FICCI said.

According to FICCI's 'Quarterly Survey on Manufacturing', the overall sentiment in the manufacturing sector remains positive as the proportion of respondents reporting higher output growth (around 54 per cent) during the January-March 2018-19 remained the same as compared to the third quarter.

On hiring front, the outlook for the sector seems to have slightly improved for the near future.

In terms of order books, 44 per cent respondents in March 2019 quarter said they expect the number to go up as against 43 per cent in October-December 2018 quarter.

Going forward, it is expected that the hiring scenario will improve further as 37.5 per cent respondents in Q4 2018-19 are looking at hiring more people now as compared to 30 per cent in the year-ago period.

Responses were drawn from over 300 manufacturing units from both large and SME segments with a combined annual turnover of over Rs 3.56 lakh crore.

About 72 per cent respondents said the cost of production as a percentage of sales has risen - primarily on account of the increased cost of raw materials, wages, power cost, rising crude oil prices, increase in finance cost and rupee depreciation.

About 40 per cent of respondents reported plans for capacity additions for the next six months as compared to 47 per cent in the third quarter.