Focussing on millennials between 18 to 29 years of age, Slice started out as a virtual card, but switched to physical card by May 2019 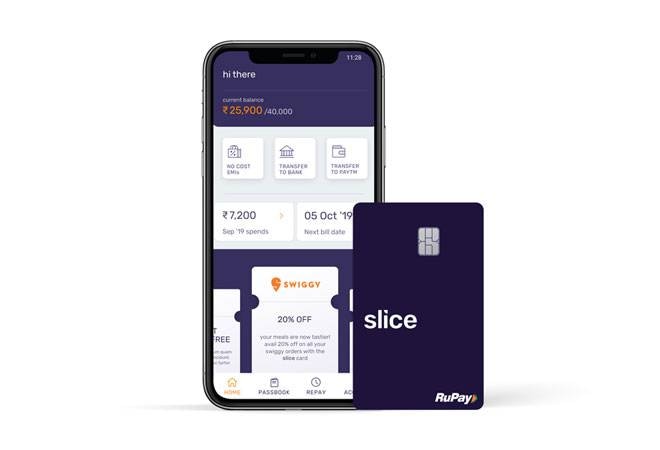 Bengaluru-based fintech start-up Slice that offers payment solutions to youth unserved by credit card companies and banks is expanding its reach in tier-II cities. It aims to acquire one million users over the next one year.

After its launch in 2016, Slice focussed more on metro cities such as Bangalore, Chennai, Mumbai and Delhi. Within the last two months, the start-up has forayed into nine tier-II cities including Jaipur, Manipal, Coimbatore, Nagpur, Greater Noida, Chandigarh, Vizag, Mysore and Ahmedabad.

Focussing on millennials between 18 to 29 years of age, Slice started out as a virtual card, but switched to physical card by May 2019. Physical cards provide a seamless omni-channel experience to be used by 5 million-plus offline merchants, it says.

Unlike most other credit cards, Slice is a zero fee one that comes with a pre-approved credit line as per the profile of users. Present in 16 cities, it is supported across 5 million online and offline merchants in India. The company has partnered with leading e-commerce platforms and also offers a no-cost EMI option for high-ticket purchases to its existing 2 lakh customers.

Rajan Bajaj, Founder & CEO, Slice says, "Smartphone and digital payment penetration in tier-II cities are giving way for a rise in consumption in smaller towns. However, there is limited access to credit products. Youngsters in smaller towns, in spite of their growing aspirations, are deeply underserved by banks. For Slice, this is a massive opportunity to go after."

The average transaction size for physical cards has been Rs 2,200 in metros and Rs 1,300 in non-metro cities. Slice believes that the latter is likely to go up soon.

"We frequently receive requests from millennials from tier-II cities to launch our services in their respective cities. We expect the next phase of growth will come from these emerging markets. Our larger vision is to cater to every youngster in India who is under-banked," adds Bajaj.

Bajaj says, "To reach 1 million subscriber base in tier-II towns in next one year, we plan to have a new distribution channel like merchant partnership along with improving existing distribution channel. We also plan to launch new features as well as improve the current offering and user experience to garner more user acquisition via word of mouth.

Currently, we have different distribution channels to reach our users. We mostly leverage digital marketing to reach our target. Meanwhile, we also started to partner with start-ups, small companies (their employees are our target) to promote the product. Customer referral works best for us. Word of mouth has been the biggest source as far as acquiring customers is concerned."

Applying for the Slice Card is relatively easy - one can download the app, fill the application and submit KYC documents along with a selfie. Slice does not carry a physical background check but has a mix of parameters such as customer application, background check, mobile phone data to understand customer profile for evaluating the application. Based on these parameters, the credit limit is decided. Within 24 hours, the applicant is informed whether he/she is eligible for the card or have joined the waitlist. The waitlist is for six months, after which one can apply again. Other than the credit limit, Slice can also be used to avail no-cost EMI plans on Amazon, MakemyTrip and Myntra and emergency loan plan (about 20-25 per cent of the overall credit line).