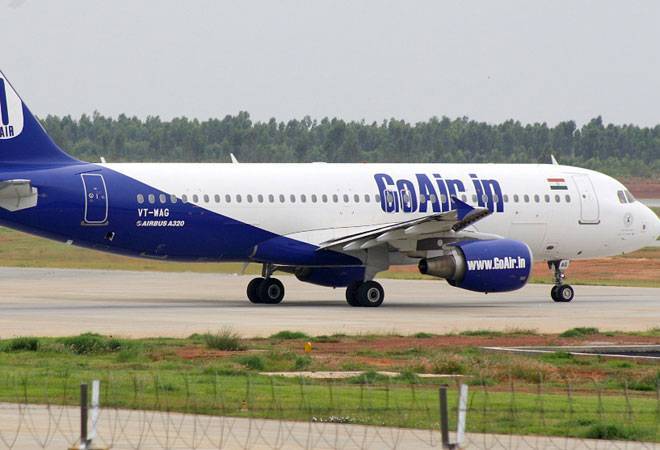 Budget carrier GoAir Wednesday said it will launch 28 additional flights, including eight services from its hub in Mumbai and seven from New Delhi, starting April 26.

Its bigger rivals, IndiGo and SpiceJet, have already announced the rollout of additional flights from the city following the temporary grounding of Jet Airways and a subsequently steep reduction in capacity, mainly in the domestic market amid peak demand season.

GoAir announced 28 flight options this summer in addition to our existing flights. There are two sectors that GoAir is launching for the first time, namely, Delhi-Nagpur-Delhi and Delhi-Kochi-Delhi," GoAir managing director Jeh Wadia said in a release.

The airline also announced fare as low as Rs 1,368 on select routes, he added.

As per the company, the rollout of 28 additional flights covering across airports will alleviate the shortage of flights and inconvenience caused to passengers due to the Jet Airways flight cancellations, the release said.

Ahmedabad, Goa, Chandigarh, Ranchi, Jaipur, Lucknow, Patna, Pune and Kochi are the other airports from where new flights are being added, it said.

GoAir also said that all services with flight numbers starting from G82000 to G82999 will depart and arrive at Terminal 2 of the Mumbai airport, effective April 26.

RailYatri plans 2,000 buses on its platform in 2 years

Office space worth $35 billion eligible to be listed under REIT: JLL India