Recently, his start-up secured an undisclosed investment from Bollywood actor Suniel Shetty and is going ahead with its plans to raise up to $5 million in the next year 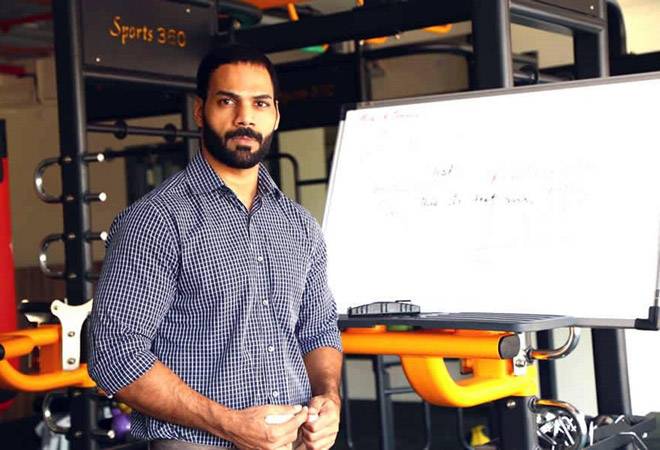 While working with an IT company in Pune, Jitendra Chouksey was the go-to guy for his colleagues' fitness-related queries. Chouksey, founder of fitness start-up SQUATS, recalls an incident when a colleague asked him his secret of fitness.

"He told me that he is eating right from bananas to chicken, eggs, protein shakes and everything healthy but it is still not working out. So I told him that's not how it works. You have to follow something called quantified nutrition, which I have been following since 10 years. I gave him the diet and he got results within three months," he shares.

The incident was a life-changing event for Chouksey as after this he was regularly approached by people, who asked him about diet, tips etc. As he was a full-time employee at that time and did not have time to answer everyone who approached him, Chouksey wrote a book about his fitness regime, called 'Get Shredded', and uploaded it online on SQUATS Facebook community, formed in 2014. The popularity kept growing and he answered people's queries and cleared their doubts online through the Facebook Group and started conducting fitness seminars offline.

"Initially, I did it because it was fun and I'm really passionate about fitness," Chouksey said. However, he soon realised that it was a bigger problem. He had already gained more than 20,000 followers on his Facebook group whom he used to advise. But, many of them would reply as saying: "Whatever you have shared is really nice but I can't follow it on my own, I really need someone who can guide me."

And that was a eureka moment for Chouksey.

"I realised that it's not like the information is not available and it's not like diet and training cannot be done. It's just that people need some sort of coaching, some sort of motivation. And that is when this idea came to my mind," Chouksey shared.

Chouksey created a team and started educating them about his fitness regime. These trained people would then connect with people through his platform and coach and train them online at a charge of Rs 5000," he added.

What started as a community to keep people fit took the shape of a business and a website was launched in 2016. The start-up not only offered coaches to users but also offered a refund if they were not satisfied with the service or a different coach if they were not happy with the current one.

The company, which started off with 14 coaches today has 170 coaches on board and has recorded over 70,000 fitness transformations. SQUATS also launched an app, FITTR, in 2018 which so far has over 2,00,000 downloads. Its Facebook community, too, continues to thrive and currently has 5,00,000 members.

SQUATS recently secured an undisclosed investment from Bollywood actor Suniel Shetty and is going ahead with its plans to raise up to $5 million in the next year.

According to the company, capital infusion will be leveraged to take SQUATS' message of preventive healthcare to a much larger audience across the globe. The platform aims to clock more than 1 million FITTR downloads by 2019 and get more than 400 global transformation coaches on board by 2020. It also claims to have generated cumulative revenues worth $8.5 million till date.