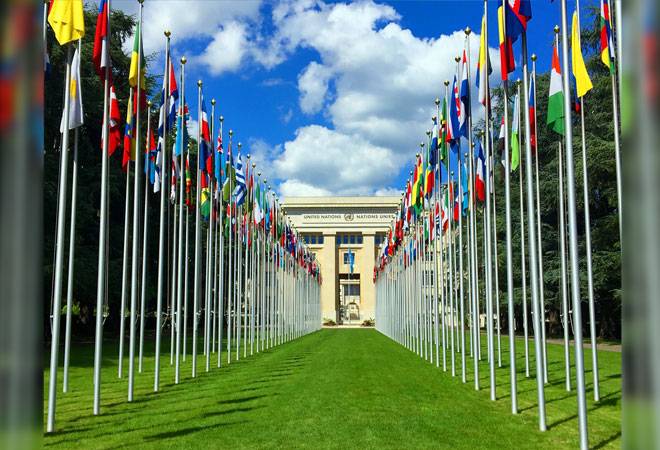 Ever heard of Republic of Kiribati and Federated States of Micronesia? The two tiny countries in the Oceania region and the Central African Republic (CAR) have one thing in common. They are the only three members of the United Nations where an Indian ministerial contingent has not set its foot in the last five years under Prime Minister Narendra Modi. The prime minister himself visited 59 countries, some of them multiple times (for instance, he made five visits each to the US and China). If we include these multiple visits, the total come to 93. His predecessor, Manmohan Singh, had visited these many countries in 1o years.

Just after taking over as the External Affairs Minister, Sushma Swaraj launched the Brihad Sampark Yojana to connect with all UN member countries (192). Apart from trade ties, India looked forward to strategic engagement with many of these nations. Officials in the MEA told Business Today that irrespective of their size-geographically or economically-they have one vote at the United Nations. "India can't think of becoming a global player or power without reaching out to these countries," says the official.

Interestingly, Indian ministers did visit three sovereign nations-Palau, Nauru and Marshall Islands-among five that the region of Micronesia in Oceania encompasses. In January 2017, Telugu Desam Party's Y.S. Chowdhary, then MoS for Science and Technology, led the Indian contingent to be part of the oath-taking ceremony of President Remengesau. In 2018, the MoS Defence, Subhash Bhamre, went to Nauru as chief guest of the 50th anniversary of their Constitution Day celebrations. Later, in July and May same year, the then MoS at the HRD Ministry and Rashtriya Lok Samata Party  MP Upendra Khuswaha visited Marshall Islands.

The war-torn and politically unstable CAR is still a work in progress. India started diplomatic conversation with this Francophone country in 2010; there have been four ministerial level visits from the CAR since then. India has interests in their uranium reserves, but officials say the visit couldn't be arranged largely because of the political instability.

MEA officials said absence of a ministerial visit to these nations does not mean India is not engaging with them. Both these countries-Kiribati and Micronesia-are part of the Forum for India-Pacific Islands Cooperation.

In India, Ministry of Commerce as well as EXIM Bank are working out a strategy to look for trade opportunities in most of the new territories Indian ministers have started visiting. This includes countries in Africa, Latin and South America and the island nations in the Oceania region.