The commercial run of the train will start on January 19 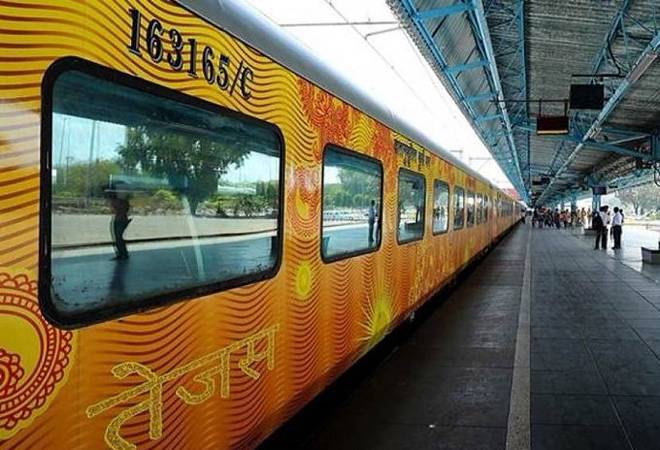 The second privately operated IRCTC's premium Tejas train, which will ply between Ahmedabad and Mumbai, will be launched on January 17, sources said on Saturday.

Like in the first Tejas, which runs on the Delhi-Lucknow route, the railways will compensate passengers if the new train gets delayed.

First commercial run of the Tejas train will be on January 19. It will ply on Ahmedabad - Mumbai- Ahmedabad route for six days a week with Thursday as an off-day for maintenance, the sources said.

The train will be equipped with all modern onboard facilities for ensuring high-level comfort to passengers.

The IRCTC, the catering and tourism arm of Indian Railways, is planning to imbibe regional delicacies from the local and ethnic cuisines to suit the taste buds of passengers, they said.

Aiming to bring services in railways on par with airlines, the sources said service in the train will be done through trolleys similar to airlines.

It is another step by the Ministry of Railways in its endeavour to improve the overall travelling experience of rail passengers by providing state-of-the-art amenities to them on trains, they said.

According to the sources, the IRCTC will compensate each passenger with Rs 100 in case the train is delayed by more than one hour and Rs 250 in case of delay of more than two hours.

Besides this, all passengers travelling on the train will be provided with Rail Travel Insurance of up to Rs 25 Lakhs, free of cost by the IRCTC.

This complimentary travel insurance will also include exclusive coverage of Rs 1 lakh against robbery during the travel period of passengers.

In case of cancellation of the train, an automatic full refund on confirmed and waitlisted e-tickets will be made. There will be no need of cancelling the ticket or filing TDR in such case, the sources claimed.

High-quality food and beverages will be provided to the passengers on board and the prices for that will be included in the ticket fare.

Each coach will be provided with an RO water filter in addition to the packaged drinking water bottle for each passenger.

The sources said there will be no concessional tickets on the train but children below five years of age need no ticket.

Both the Tejas trains are a test case to evaluate the handling of the trains by non-railway private entity.