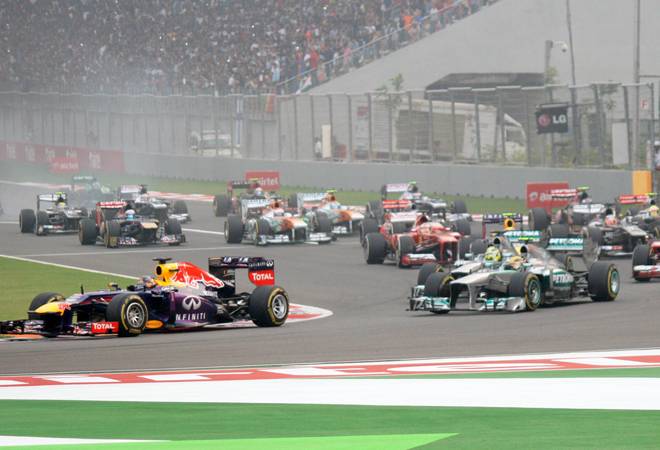 The Yamuna Expressway Authority on Saturday cancelled the allotment of 1,000 hectares of land to Jaypee group on which India's only Formula One motor racing circuit is built-in Greater Noida over non-payment of dues, officials said.

The decision was taken by the Yamuna Expressway Industrial Development Authority (YEIDA) during its 66th Board meeting.

"A thousand-hectare land was allotted to Jaypee Sports Limited, an affiliate of Jaypee group, in YEIDA's special economic zone. Jaypee Sports Limited has been defaulting on payments to YEIDA and not completing projects promised to buyers," YEIDA CEO Arunvir Singh said.

The embattled business group defaulted on payments of over Rs 500 crore, he added.

The Jaypee group had sub-leased plots to 11 builders on the allocated land and separately had taken around Rs 2,000 crore from homebuyers in 10 projects but not delivered it, he said.

"So, in light of the violation of lease deeds, it was decided during the board meeting that the land allotment be cancelled," Singh said.

However, the authority said modalities are being worked out to safeguard the interests of third parties and homebuyers who had invested in projects on this land parcel.