The company, which enjoys a first mover advantage in the EV space in the industry, is aiming at a price of less than Rs 9 lakh for the eKUV, which would make it the most affordable offering in the passenger vehicle segment till date 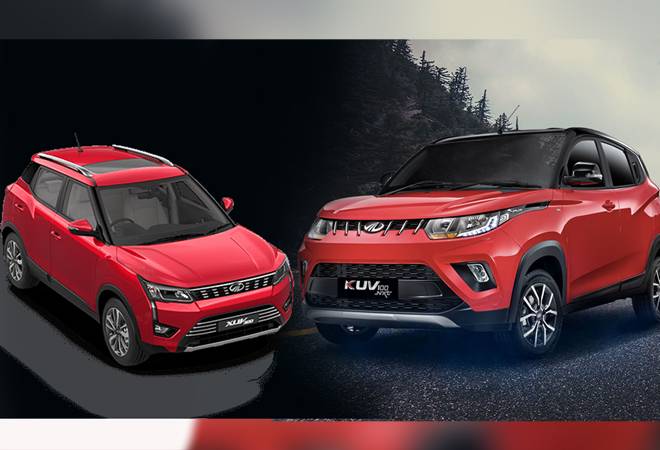 India's largest utility vehicle manufacturer Mahindra and Mahindra on Thursday said it is planning to launch an electric version of its compact SUV KUV1OO in the first quarter of 2020-21 (April-June 2020) and of its compact SUV XUV3OO in calendar year 2021.

The company, which enjoys a first mover advantage in the EV space in the industry, is aiming at a price of less than Rs 9 lakh for the eKUV, which would make it the most affordable offering in the passenger vehicle segment till date. It would, however, have a relatively small battery capable of a range of 140-150 kilometres on full charge as Mahindra is largely targeting the shared mobility space (taxis and cabs) with the product. Mahindra currently sells e-Verito in the market priced at around Rs 9.12 lakh (in Delhi after subsidy) and has so far supplied over 1000 vehicles to electric cab company Lithium Urban Technologies across the country.

"I have been saying for the last 10 years that the time for EVs has come but now we can say for sure on a business viability aspect that at least for shared mobility, the time has indeed come," said Dr Pawan Goenka, managing director, Mahindra and Mahindra. "With our existing offering e-Verito, we have proven with Lithium that EVs can run sustainably between 200-300 kilometres everyday and for 200,000 kilometres without the need to replace the batteries. With the eKUV, we will again be targeting the same segment."

The company did not speculate on a price tag for the eXUV3OO, which would have a bigger battery capable of a range of 400 kilometres but it is expected to be priced in the range of Rs 15 lakh. Arch rival Tata Motors will launch an electric version of its own sub-four metre compact SUV Nexon in the next couple of months. Nexon EV has a 30.2 KWh battery that offers a range of 300 kilometres on a single full charge and is expected to be priced at around Rs 15-17 lakh. Mahindra's eVerito and Tata's eTigor, the two cars that were supplied to government's ambitious but flop EV programme undertaken by EESL, have identical 21.5 KWh batteries. Mahindra said till the time battery costs worldwide come down further, EVs are still not viable for personal transportation.

"For personal mobility needs, we need bigger batteries that offer a range of 400 kilometres so a customer can drive from Delhi to Chandigarh or Jaipur. That costs money and there is some viability gap. There is still a need for a 8-10 per cent reduction in price before EVs would become viable for bulk of personal transportation needs," Goenka said. "Which is why we are not launching the eXUV this year but in 2021 when it will be for individual customers."

Around 1071 electric cars were sold in India between April and October 2019 with Mahindra's e-Verito accounting for 434, followed by Tata eTigor at 389 and Hyundai Kona at 227.

In September 2017, the Indian government had initiated a program to convert bulk of its fleet used for intra-city purposes from petrol or diesel to electric variants but the programme flopped in a big way as most of the government officials were not happy with the performance of the cars. A total of 10,000 cars were to be procured under the first tender and Tata and Mahindra were the winners but Mahindra said it has supplied less than 1000 cars to EESL so far and no fresh orders were forthcoming.

"The program did not take off as the cars were suited more for shared mobility and not for senior bureaucrats. These were also early lifecycle vehicles and there were some issues so the vehicles did not find acceptance with the target audience," Goenka admitted. "But the program still did its job. EVs came in the public limelight only because of EESL."