Nat Geo India on Wednesday launched a hashtag '#Choose the Planet' as part of the initiative and tweeted: "Planet or Plastic? It's time to #ChooseThePlanet 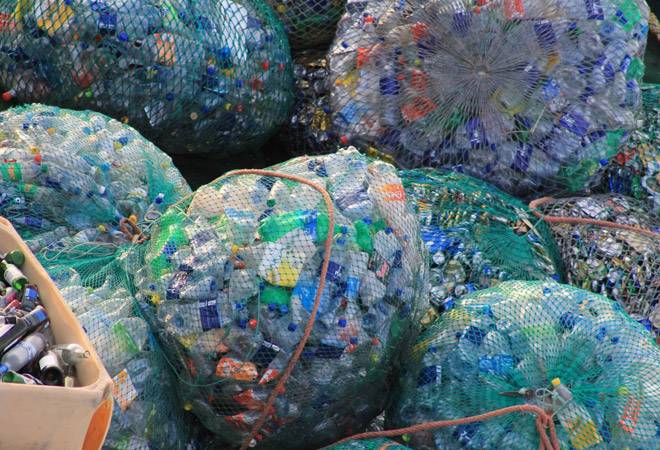 Flagging that even the most pristine of oceanic spaces have been invaded by plastic, a marine scientist and National Geographic explorer on Thursday said the NGC's global initiative 'Choose the Planet' seeks to add energy to India's commitment to shun single-use plastic.

Launched on Wednesday as part of National Geographic's multi-year global campaign 'Planet or Plastic?', it aims to significantly reduce the amount of single-use plastic that reaches the ocean, and has garnered support from Prime Minister Narendra Modi and a host of other personalities in the country.

"The aim of the initiative is to educate and sensitise people and seek behavioural changes in them in line with Indian government's vision to reduce or recycle plastic. The core focus is of course on reduction of single-use plastic, which has emerged as a major concern in the last few years," National Geographic Fellow Heather Koldewey told PTI in an interview.

She is also a co-leader of an international all-woman team of researchers which in June had embarked on an expedition to study plastic pollution in River Ganga and document the flow of plastic waste from source to sea.

Koldewey, who is currently in India to attend an event of the World Economic Forum here, said the campaign also seeks to involve the industry to come up with "sustainable alternatives" in place of plastic material used in packaging of products.

"Plastic usage is becoming a menace for our planet. Even the most pristine spaces I have explored, I have found plastic there. People think an indiscriminately dumped plastic just goes away, but it doesn't. It travels through our river and eventually into our oceans.

"Once I had gone to Chagos Archipelago, located south of the southern tip of India in the Indian Ocean, and I venture to one of the uninhabited islands, and found hundreds of plastic bottles there. It wasn't dumped by humans, but had just been washed ashore. We need to be more responsible," she said.

Nat Geo India on Wednesday launched a hashtag '#Choose the Planet' as part of the initiative and tweeted: "Planet or Plastic? It's time to #ChooseThePlanet. Tweet to tell us which single-use plastic item you plan to give up. Spread the word and help us contribute towards a plastic-free future."

It also urged people to take a pledge on the reduction of single-use plastic.

Prime Minister Modi retweeted it, saying, "Let this become a mass movement across the world. #PlogForSwachhBharat and #PlogForCleanPlanet as well!"

In an interaction with PTI, Union Environment Minister Prakash Javadekar on Thursday reaffirmed the Modi government's commitment and vision to make India free of single-use plastic by 2022.

"It needs a lot of behavioural change, so we are promoting alternative carry bags, made of cloth or jute, instead of polytene ones, with a slogan -- 'Plastic Nahi, Kapda Sahi'," the minister said.

Koldewey said, India is making a lot of efforts both nationally and locally to achieve the goal, and the government-led campaign is a step in the right direction.

"The National Geographic campaign seek to add energy to India's campaign and support its national commitment to move towards a single-use plastic-free society. And, with more countries working towards choosing planet over plastic I have an enormous amount of hope of saving our planet from this menace," she said.

The marine scientist said the campaign uses "striking imagery" and "scientific facts" to reach out to the people, adding, "we are not demonising plastic, as it cannot be completely done away with. Idea is to take out single-use plastic and reduce, recycle or repurpose it as much as possible".

She is also part of 'One Less', a campaign to build a more ocean-friendly society by working to make London the first capital city to stop using single-use plastic bottles.

"We are into third year now, and Lord's Cricket Ground and host of other partners have joined in. Our target is to make London free of single-use plastic bottles by 2021," she said.

Soon you can pay your health insurance premium monthly