The single-use plastic industry is close to Rs 80,000 crore right now and growing. Packaging accounts for a third of India's plastic consumption, and 70 per cent of plastic packaging is turned into waste in a short span 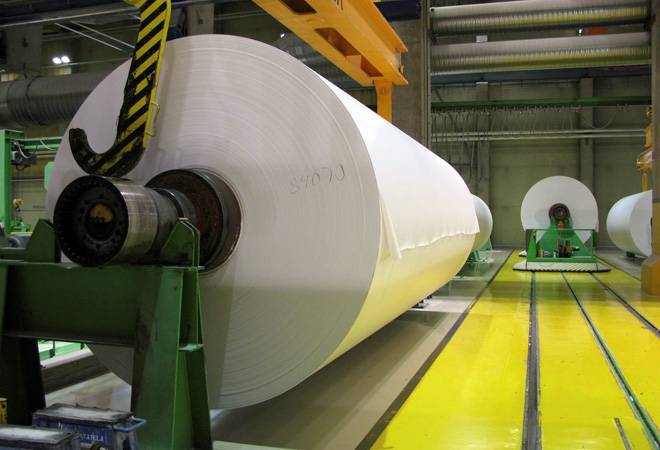 Amid a growing debate over the impact of single-use plastics on the environment, paper offers a sustainable option and can capture a fourth of the Rs 80,000 crore single-use plastics market by 2025, if its use is banned by the government, a new study said.

India generated 26,000 tonnes per day of plastic waste in 2017-18, of that only 60 per cent was recycled and the rest ended up as litter on roads, in landfills or streams. The single-use plastic industry is close to Rs 80,000 crore right now and growing. Packaging accounts for a third of India's plastic consumption, and 70 per cent of plastic packaging is turned into waste in a short span.

While uncollected plastic waste poses a huge threat to species on land and in water, single-use plastic bags and styrofoam containers can take up to 1,000 years to decompose, said the study released at the world's largest paper fair, PAPEREX organized by Hyve India, a 100 per cent subsidiary of Hyve Group Plc, London, last week.

Paper, on the other hand, is eco-friendly green product and bio-degradable, it said, adding it was a myth that the paper industries cut trees for production, and consumption of water and energy is high. Paper industry plants more trees than harvested and primary raw material are 100 per cent renewable like wood and agro-residues.

The study said about a third of new paper comes from recycled paper and an equivalent amount from waste such as sawdust and scrap from lumber mills.

"In India, companies use 46 per cent raw material from recovered paper, 29 per cent from agro residue like bagasse, straw etc and 29 per cent from plantation wood," it said, adding paper promotes literacy, hygiene and reduce pollution by using bagasse.

For the production of one-tonne paper, 2.1 tonne of wood is required but "no forest wood is being utilised for paper manufacturing," it said. "All (paper) mills are fulfilling their requirement through social forestry plantation on its own or through farmers."

More importantly, the average cost of recycling of paper is Rs 32 per kg -- Rs 20 for the cost of collecting paper trash and Rs 12 conversion cost. In comparison, the cost to the collection of plastic waste is Rs 30 to 36 per kg and recycling is Rs 22 to Rs 35 per kg, it said, adding transporting one tonne of paper costs Rs 4.5 per kilometre as compared to Rs 6.2 in case of plastic.

Energy consumption for paper production is 0.59 to 1.19 tonne of oil equivalent per tonne as opposed to 1.48 to 2.58 a tonne in plastic, the study said, adding 55-60 per cent energy can be saved if the paper is used in place of plastic.

According to Sanjeev Batra, Director, Hyve India, due to the fundamental and technological revolution, 100 per cent paper produced is recyclable and biodegradable.

"Paperex 2019 impressed upon the common man to save the environment and how this essential commodity use in our everyday life can reduce pollution and promote recycling," he said.

"Paper industry is going through the transformation phase and now the paper industry uses less power and water due to technological changes. Cost of production of recycled paper is at least 30 to 40 per cent cheaper depending upon the location than the recycled plastic," J P Narain, VP, Indian Paper & Manufacturers Association and CEO of Century Paper said.

The requirement of better quality packaging products and the demand for other products, such as tissue paper, filter paper, tea bags and cardboard are expected to drive the paper and paper products market in India in the coming years, he said.

Of the 9.1 billion tonnes of plastic that the world has produced since 1950, 6.9 billion tons have become waste, and only 9 per cent of that has been recycled, the rest ends up in landfills and in the world's oceans, the study said.

India's plastic consumption at 11 kg per capita is less than half of the global average of 28 per kg. The US has per capita consumption of 109 kg, while it is 65 kg in Europe and 38 kg in China.

Prime Minister Narendra Modi wants India to eliminate single-use plastics by 2022, following on the footsteps of major nations around the world that are waging a war on them.