Former CEA Arvind Subramanian said that RBI is adequately capitalised, but the money should be used for fixing the financial system, not for financing government expenditure 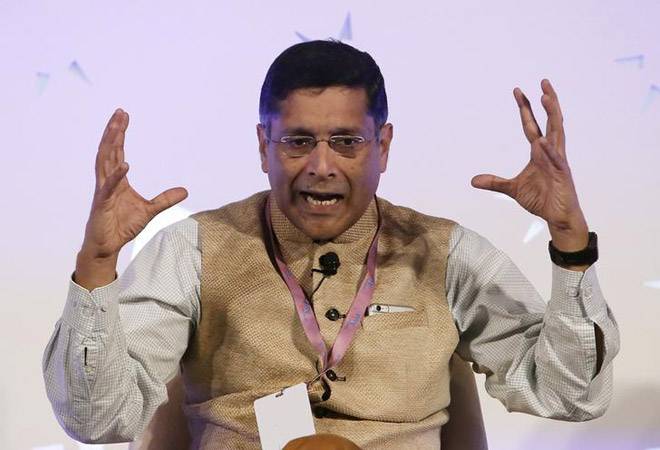 The Reserve Bank is adequately capitalised, but the money should be used for fixing the financial system, not for the financial deficit or financing government expenditure, Former Chief Economic Advisor Arvind Subramanian has said.

The economic principles, moreover, say savings should not be used for current consumption, but long-term investment, he said Thursday.

"If the reserve is used for deficit financing that would amount to raiding RBI, and I would be extremely dissatisfied and disappointed with it," he said, adding the central bank probably is massively capitalised, but the money should be used for fixing the financial system, not for the financial deficit or financing government expenditure.

"Also, it should be done cooperatively, not adversarily," he added.

He further said the government could have found a way to solve its differences by setting up a panel, which hopefully would have shared the belief of not using the RBI reserve for deficit financing.

The Reserve Bank of India (RBI) has Rs 9.59 lakh crore reserves and the government, if reports are to be believed, wants the central bank to part with a third of that fund -- an issue which along with easing of norms for weak banks and raising liquidity has brought the two at loggerheads recently.

Gurumurthy should try avoiding being a party to build a perception of politicising RBI board appointments, the former CEA said.

Subramanian was in the city to read some the excerpts from his book - Of Counsel: The Challenges of the Modi-Jaitley Economy.

On the Swadeshi vs Videshi debate, he said both extremes should be avoided because finance theory talks about diversification.

"India needs a portfolio. You get your Swadeshi and Videshi economists, but evaluate them on their merits. Finance theory talks about diversification," the former CEA said.