The former finance and home minister has also been named as accused by the CBI in the case. 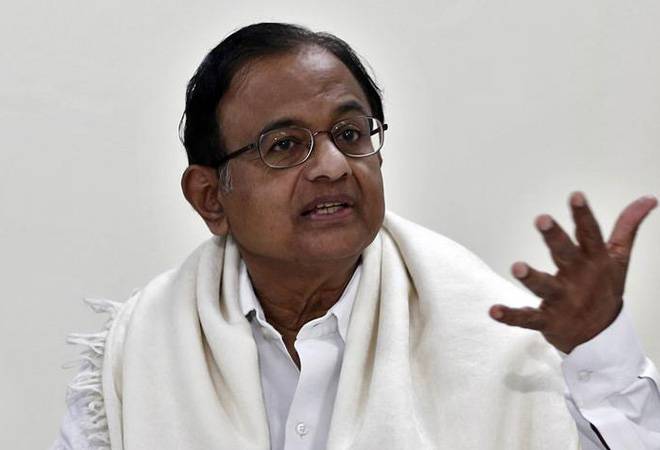 Senior Congress leader P Chidambaram Sunday slammed the CBI for "indiscriminately targeting" some of the bankers, saying the agency has received "ultimate certificate" on its action from Union minister Arun Jaitley, who had criticised it.

In a series of tweets, the former finance and home minister said he was glad that Jaitley's conscience and legal acumen have finally stirred to condemn the "indiscriminate targeting of eminent bankers", in cases where the allegations are about thousands of crores of rupees.

"The CBI has received the ultimate certificate from the one who has the best ring-side seat, the Finance Minister (on leave): 'Adventurism and megalomania have overtaken investigators'!" he said.

Chidambaram said the government was in slumber when there was "indiscriminate targeting" of distinguished IAS officers and others, in cases where the allegations are about small sums of money, in an apparent reference to the Aircel-Maxis case in which a number of IAS officers have been named in the charge sheet.

Chidambaram has also been named as accused by the CBI in the case.

"'What cause are we serving or actually hurting?' asks the FM. He knows the answer. The cause of justice," he said.

The CBI is also probing the alleged role of Chidambaram as finance minister in INX media case and had last week sought the sanction of the central government to prosecute him.

Jaitley has criticised the CBI for planning to question eminent bankers like K V Kamath in the Chanda Kochhar case of alleged cheating and fraud in the ICICI-Videocon loan case.

Jaitley, in a write-up on Facebook, had slammed the CBI for naming the "who's who of the banking industry" without concentrating on the "bull's eye" in the case.

He had written a day after the agency filed an FIR against Kochhar and others in the ICICI case: "There is a fundamental difference between investigative adventurism and professional investigation."

Jaitley, who was holding the charge of finance ministry but is now on leave as he is away in the US for treatment, had said while adventurism leads to media leaks, ruins reputations and eventually invites strictures and not convictions, professional investigation targets the real accused on the basis of actual and admissible evidence and rules out fanciful presumptions.

"One of the reasons why our conviction rates are poor is that adventurism and megalomania overtake our investigators and professionalism takes the back seat," Jaitley wrote.

On Thursday, the CBI filed an FIR against former ICICI Bank chief Chanda Kochhar, her husband Deepak Kochhar and industrialist V N Dhoot in a Rs 3,250-crore loan involving the Videocon Group and the ICICI Bank.