Theresa May formally resigns, to act as PM until new Conservative leader elected

May, 62, handed in her private resignation letter to the backbench 1922 Committee, two weeks after announcing her intention to leave 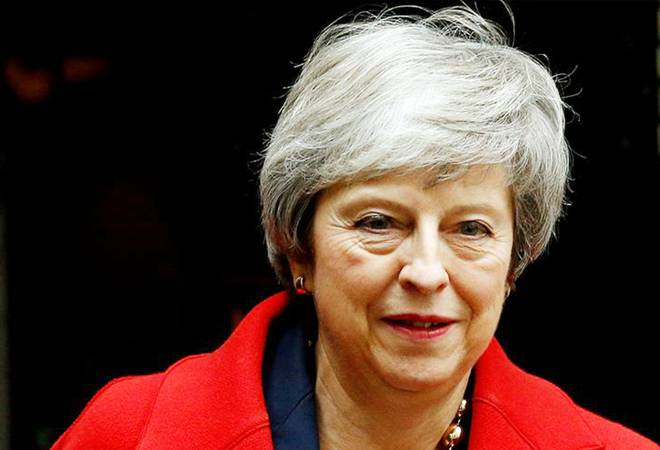 British Prime Minister Theresa May Friday formally resigned as the leader of the ruling Conservative Party, paving the way for a keen contest to decide a new premier who will take charge of the UK's tough divorce negotiations with the European Union.

May, who had stepped down amid mounting pressure over her repeatedly defeated Brexit deal, will continue as acting prime minister until the party has elected her successor, who will then take charge as the premier.

May, 62, handed in her private resignation letter to the backbench 1922 Committee, two weeks after announcing her intention to leave, the BBC reported.

The committee said it was now inviting nominations from those Conservative MPs "who wish to stand for election as the next party leader".

The winner of the contest is expected to be announced in the week of July 22.

The formal Tory voting process will be triggered on Monday morning.

"It is, and will always remain, a matter of deep regret to me that I have not been able to deliver Brexit," May, Britain's second female Prime Minister after Margaret Thatcher, said in her emotional speech on the steps of Downing Street on May 23.

"It will be for my successor to seek a way forward that honours the result of the referendum. To succeed, he or she will have to find consensus in parliament where I have not. Such a consensus can only be reached if those on all sides of the debate are willing to compromise," she said, indicating the tough road ahead for any new leader who steps into her shoes now.

May has been prime minister for nearly three years since she took over from David Cameron in the wake of the June 2016 Brexit referendum.

It will be business as usual for her for some weeks while the influential Committee goes through the leadership contest.

The leadership candidates need eight MPs to back them. Conservative Party MPs will then vote for their preferred candidates in a series of secret ballots held on June 13, 18, 19 and 20.

Charles Walker of the Conservative backbench 1922 Committee, which sets the rules of the contest, said: "We are aiming to have two people by Thursday 20 June."

The final two will be put to a vote of members of the wider Conservative Party, with a winner expected to be announced in the week of July 22.

Contenders have already been conducting their hustings as they lay out their credentials for the top job. How they plan to deal with Britain's exit from the European Union (EU) will be at the heart of all their bids, with many backing a no-deal exit as others warn against such an extreme step.

The UK was originally meant to leave the European Union on March 29. That was then pushed back to April 12 and eventually October 31 after May failed to get MPs to approve her deal. She announced her resignation, saying she had done everything she could to try to persuade MPs to support the withdrawal deal.

The deadline for nominations for a new leader is 5 pm on June 10, so more names are likely to emerge by next week. The 1922 Committee will then announce the final list of candidates at 5.30pm on Monday.

The Tory party decided to change the rules of leadership election to speed things up after criticism at the number of people coming forward for the job. Previously, candidates needed just two nominations to stand, whereas now they need eight.

Meanwhile, the Conservatives fell to third place in the Peterborough by-election, behind winners Labour and the Brexit Party in second place, in what is traditionally a Tory-Labour marginal seat.

Union activist Lisa Forbes retained the constituency for Labour, taking 31 per cent of the vote and beating the Brexit Party's Mike Greene (29 per cent) by 683 votes.

Labour leader Jeremy Corbyn called it an "incredible" win for the "politics of hope over the politics of fear".