What is Supermoon and what time will it be visible from India?

Tonight the moon will be full a mere six hours after it reaches the perigee distance of its orbit, or the closest point to the Earth. This makes it the largest supermoon of 2019. 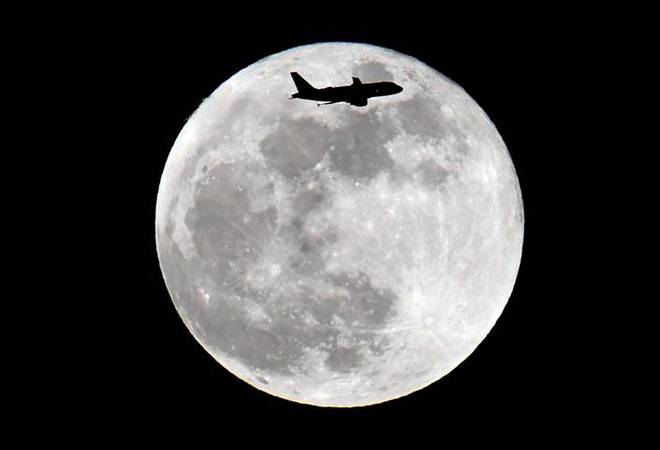 Don't forget to look up at the sky tonight, while keeping your fingers crossed for clear skies. Because tonight you will get to see 2019's biggest and brightest supermoon.

What is a supermoon?

According to NASA, the moon orbits Earth in an ellipse, an oval that brings it closer to and farther from our planet as it goes around. The closest point is the perigee, which is an average distance of about 363,300 km from Earth. When a full moon occurs at or near the perigee, it looks slightly larger and brighter than a typical full moon, and hence is called a "supermoon". At its largest, it can appear 14% larger in diameter than the smallest full moon and up to 30% brighter.

Tonight the moon will be full a mere six hours after it reaches the perigee distance of its orbit (356,761 km), making it the largest supermoon of the year.

How is it different from last month's supermoon?

A supermoon also occurred in January but with a slightly more distant perigee - 583 km farther away - and 14 hours after the full moon so it would have been comparatively smaller. But since it coincided with a lunar eclipse, watchers were treated with a rare reddish hue on the moon, earning it the name Super Blood Wolf Moon.

The February full moon, on the other hand, is also known as the Snow Moon or Hunger Moon in the West. The terms were given by Native Americans since the month typically sees the heaviest snowfall of the year, making hunting difficult. So don't get confused if you hear tonight's moon being referred to as Super Snow Moon.

How to best catch the supermoon?

"To watch tonight's supermoon, simply look for the moon to rise in the east as the Sun sets in the west. The moon will look extremely large when it rises and sets," suggests NASA astronomer Mitzi Adams in the official blog. "This 'Moon illusion' happens when the moon is close to the horizon and there are objects within our line of sight such as trees or buildings. Because these relatively close objects are in front of the moon, our brain is tricked into thinking the moon is much closer to the objects that are in our line of sight." It makes for some excellent photographs, too.

If the weather plays spoilsport in your area tonight, you can watch the Super Snow Moon live stream at https://www.virtualtelescope.eu/webtv/

When is the next supermoon?

March 19 will see the third and last supermoon of the year, but again a smaller one since the perigee distance will be reached a day and five hours before the full moon.

How does a supermoon impact Earth?

Pakistan is out of financial crisis, says Central Bank governor