Homegrown auto major Mahindra & Mahindra unveiled its concept electric sports car 'Halo' which it expects to launch commercially in the next three years. 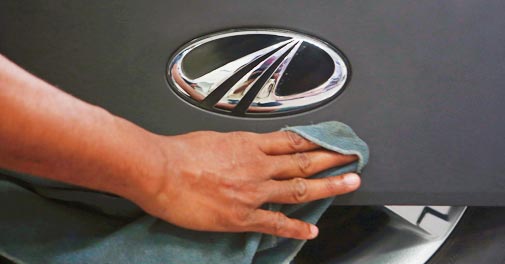 Homegrown auto major Mahindra & Mahindra on Thursday unveiled its concept electric sports car 'Halo' which it expects to launch commercially in the next three years.

The company said depending on the support from the government for electric vehicle, Halo will be introduced in the country but it could very well hit overseas markets first.

"There is a plan to commercialise Halo, we are working on a bigger powertrain and a final design. It will take about three years to be production ready," Mahindra & Mahindra Executive Director and President (Automotive and Farm Equipment sectors) Pawan Goenka said at the Auto Expo.

He, however, said the car could hit overseas markets first.

"It may very well turn out that the market for the car may be outside India...unless there is government support for electric vehicles, the car could be launched outside India first," Goenka said.

"This car has been fully designed and developed in India with all indigenous technology," Mahindra Reva Electric Vehicle CEO Chetan Maini said.

The car can be fully recharged in one hour, while a recharge of 15 minutes will give a range of 25 km.

On the two-wheeler front, M&M unveiled its 300 cc bike Mojo and the new disc brake variant of the Centuro motorcycle.

The company did not announce the prices of the two bikes.

In the commercial vehicles (CV)segment, the company displayed two new models in the heavy CV category.

When asked by when the company expected the loss making CV venture to be profitable, Goenka said: "Right now the CV industry is suffering from a prolonged downturn. All the manufacturers are making losses. We see it recovering only after the next six months. Right now we are focusing on strengthening our product portfolio and hopefully we will break even in the next one year."