The Expo was intended to celebrate the industry. And it did with 70 new models and launches, which included 26 international models. 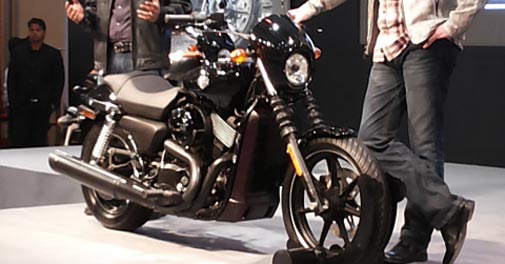 For 25 years, the biennial Auto Expo was held in the heart of Delhi - at Pragati Maidan. But it proved so popular, attracting such huge crowds that this year - the 12th such motor and bike show - it was shifted out of the city to the satellite town of Greater Noida, about 40 km away.

The arrangements at the venue, I found, were most satisfactory. On the long drive to the Expo on a misty, drizzle laden morning, I kept wondering how difficult it would be to find the venue and, if the parking lot was far away, as is often the case, how frequent the shuttle service would be. My fears were unfounded. From 10 km away along the Noida Expressway, there were road signs pointing the way. The shuttle service too proved efficient.

I did not linger at the pavilion, being keen to meet auto company executives. Their smiling faces and articulate spiel about plans and products and roadmaps could make one forget that the automobile industry in India is going through one of its worst phases - passenger car sales in December were down 14 per cent and commercial vehicles by 24 per cent.

But the Expo was intended to celebrate the industry. And it did with 70 new models and launches, which included 26 international models.

Near the Ford stall, I bumped into Siddhartha Lal, Managing Director & CEO of Eicher Motors, which sells Volvo-Eicher trucks and buses, and Royal Enfield motorcycles. He had lost a few pounds since we last met a year back. Was it due to the tough times the market was facing? "No, I am just more fit now," he said, smiling.

At Ford too, the mood was upbeat. EcoSport, its compact SUV is selling well. It had also showcased its concept car, the Figo Concept, a sub four metre sedan. I met up with Jim Farley, Executive Vice President, Global Marketing - Sales & Service at Ford. He talked about the company's long-term India strategy, maintaining that India was poised to become one of Ford's top three markets. "The (Figo) Concept is positioned to compete in the heart of the Indian market (the B-segment)," he said.

I was more than impressed with the Harley-Davidson Street 750, launched at the Expo at a price of Rs 4.1 lakh, the first ever Harley to cost less than Rs 5 lakh. Anoop Prakash, Managing Director of Harley-Davidson India said the leisure biking market in India was just taking off; and an affordable price point would attract many more people.

Honda Motorcycles and Scooters India too showcased a bike each that had been designed in India. For the first time a bike has been designed outside of Japan. With growing demand for Honda two-wheelers, it also announced the setting up of its fourth manufacturing plant which will take its capacity to 5.8 million units annually from 4.6 million now. "That will reduce the waiting period for our bikes," said Keita Muramatsu, President and CEO of HMSI.

In the late afternoon, all the attention shifted to the Tata Motors-JLR (Jaguar Land Rover, also owned by Tata) stall. Cyrus Pallonji Mistry, Chairman of the Tata Group arrived there. As if that was not enough, Mistry's predecessor Ratan Tata too turned up, and Mistry went across to receive him. The waiting media almost went berserk. What an opportunity for photo journalists as the two giants of industry posed for the cameras.

Tata even walked up to the Mercedes stall nearby for a 10 minute chat with Eberhard Kern, Managing Director and CEO of Mercedes-Benz India. (Mercedes has finally ended its six decade association with Tata Motors). Tata later walked through the Tata Motors-JLR stall and stopped next to the two new Tata cars, Bolt (a hatchback) and Zest (a sedan).

Later in the day Mercedes launched two new models, the CLA45 AMG sedan and the GLA compact SUV. "By 2020 we will have 13 new models which do not have predecessors, and probably most of them will come to India," said Ola Kallenius, Member Division Board at Mercedes-Benz Cars.

Among the other launches of the day were by Suzuki Motorcycles India, which launched four new products after two years. Suzuki is a late entrant in the two-wheeler business, and has negligible marketshare. "We didn't have distribution power," said Atul Gupta, the sales and marketing head for India. "Even if we had six products we wouldn't have been able to sell them."

The exhibitors said they were happier with the new venue. Unlike at Pragati Maidan, where, even on the first two days, when admission is restricted, thousands with families would pour in, Greater Noida saw relatively manageable crowds.

Still, on the second day, when company executives were also invited, it was noticed that many had brought their families with them. "Still exhibitors and company executives got time to do business meetings and there was breathing space," says Sandeep Singh, Deputy MD and Chief Operating Officer - Marketing and Commercial Department at Toyota Kirloskar Motor.

The next four days are expected to be maddening as the Expo will be opened to the public and crowds are likely to be huge.

The celebrations were never ending. There were bands performing at a few stalls and at some others dhol beaters (drummers) gave the launches an Indian touch. The models hired to pose alongside the cars and bikes were as gorgeous as always, with short skirts and pouting lips.

The hours passed quickly, though all that walking around was a strain on the legs. (Mine still hurt.), But it was a treat for the eyes -the beautiful machines and the lovely women. The drive back home was long-is seemed as if all of Delhi was driving back from the Expo.

Merc my words, they are a hit!