The inaugural day of Auto Expo on Wednesday saw Maruti Suzuki India unveiling two concept models -- sedan Ciaz and crossover SX4 S-Cross. With these models, the company is eyeing to enhance its position in the bigger sedan segment going forward.

"The SX4 S-Cross and Ciaz are models to expand our product range in future," Maruti Suzuki India Managing Director and CEO Kenichi Ayukawa said at the Auto Expo. 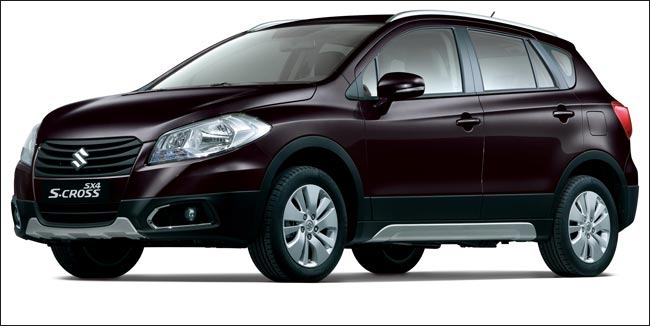 Maruti Suzuki crossover SX4
Amid a slowdown in the market, the company said it was looking to achieve sales it had in last fiscal year in 2013-14.

Expressing optimism about the Indian market , he said in the last 30 years since its inception, MSI has sold 12 million vehicles but it covered only one per cent of the country. "We have the other 99 per cent to cover," Ayukawa said.

Commenting on the importance of the two new concepts unveiled, Suzuki Motor Corporation Executive Vice President T Suzuki said: "In 2004, we had the first global model launch of Swift and these two are in line with that...The two cars we are unveiling today are aimed to meet the growing demand of sedans in India, China and elsewhere."

Commenting on the sales prospects for this year, Ayukawa said: "The automobile market in India is on a slowdown. Our effort is to achieve sales of last (fiscal) year in this year."

The company had registered sales of around 10.6 lakh units in the domestic market in 2012-13.

The concept Ciaz, as and when it hits the market will compete worth the likes of Honda City and Hyundai Verna in the C segment sedans.

Apart from the two concepts, MSI is displaying 14 different models, including variants of existing models such as Swift, Alto, Ritz, Ertiga and Dzire.

Nissan rolls out Datsun GO, may be priced below Rs 4 lakh

I raised my hand to be Microsoft CEO, says Satya Nadella