Nissan rolls out 'Datsun GO', expected to be priced below Rs 4 lakh

Expected to be priced below Rs 4 lakh, Japanese auto-maker Nissan rolled out its latest hatchback "Datsun GO" from the assembly line at its manufacturing facility in Oragadam near Chennai. 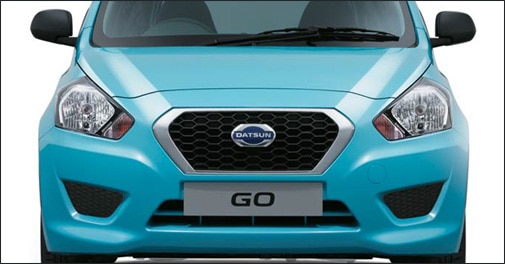 Expected to be priced below Rs 4 lakh, Japanese auto-maker Nissan on Tuesday rolled out its latest hatchback "Datsun GO" from the assembly line at its manufacturing facility in Oragadam near Chennai.

The entry level car, under the popular Datsun brand, is aimed at tapping the first-time car buyers. The company is reviving Datsun brand after almost three decades and the car is expected to hit Indian roads later this year.

The launch of Datsun comes at a time when Nissan Motor India has planned to introduce 10 new models in India by 2016.

The company is targeting to garner a 10 per cent market share in the automobile industry by 2016. It has also proposed to increase dealership networks to 300.

The first car was launched by State Industries Minister P Thangamani in the presence of top officials of the Company, including Nissan Motor Vice-Chairman Toshiyuki Shiga, Corporate Vice-President and Global Head-Datsun Vincent Cobee and Consul General of Japan Masanari Nakano and others.

"This is a landmark day for all of us at Nissan Motor Corporation...", Shiga said.

"This is only the beginning. Following the sales launch of Datsun Go in March, we plan to expand the product range.

Datsun will account for 50 per cent of sales for Nissan Motor Corporation in India," he said after unveiling the car.

Cobee said, "This moment is a four years of hard work. We will showcase various colours of Datsun at AutoExpo in New Delhi on Wednesday. We will also show a glimpse of Datsun Concept car at the AutoExpo."

State Industries Minister Thangamani congratulated Nissan for the car launch and said the government would extend all the support to the automaker.

The plant is a joint venture between Nissan and Renault. Both the companies have invested about Rs 4,400 crore.

Besides, the Chennai joint venture plant, the company would also look at production capacity in India either through new plants or at the Oragadam plant. Nissan Motor would sell the Datsun GO and other models from the Datsun range on its own in India and not through its country sales and service partner Hover Automotive.

Nissan would launch Datsun brand in Indonesia and Russia after unveiling it in India later this year. Besides Datsun, Nissan Motor India currently retails hatchback Micra, sedan - Sunny, SUV Terrano, among others.