Reports say that an outreach will convey the improved environment for doing business in India and assure US investors of a stable policy regime. 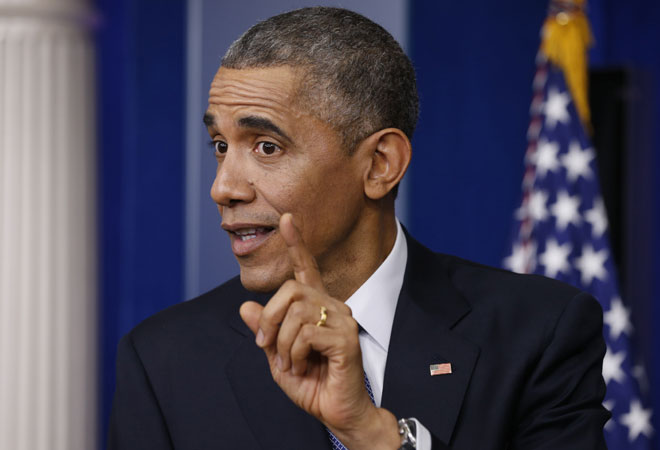 Happening like a quick follow-up to Prime Minister Narendra Modi's November US visit that secured its corporate commitments of $41 billion in India, President Barack Obama's visit later this week is expected to result in major announcements on the Make In India front, informed sources said.

Amitabh Kant, secretary in the department of industrial policy and promotion (DIPP), is currently heading a team in Washington for an outreach on the Make in India programme on Tuesday that will be attended by all top American companies with interets in India.

A source in the commerce and industry ministry told IANS that the outreach will convey the improved environment for doing business in India and assure US investors of a stable policy regime. The delegation will meet with officials of several top companies to get investments in the industrial corridors planned in India.

During the Obama visit, intellectual property rights and a bilateral investment treaty (BIT) would be key issues on the agenda, according to a US State Department official.

The groups were set up under the trade policy forum (TPF), reconvened after a gap of four years in November, that was co-chaired by Commerce and Industry Minister Nirmala Sitharaman and US Trade Representative Michael Froman.

The US has been pressing for tightening India's IPR regime, while Froman had, in November, said here that high standards were being adopted by the Trans-Pacific Partnership (TPP), and India too needs to look at its current standards.

While officials from both sides are working on a multi-billion dollar fund to invest in India's renewable energy sector to be announced during the US president's visit, solar power projects have reportedly become problematic due to the Make In India campaign.

The government's announcement last month, of a series of 1,000 MW solar PV (photovoltaic) power projects that has a mandatory condition that all PV cells and modules used in solar plants set up under the scheme will be made in India, is reportedly an irritant for the US.

The US has complained against India at the World Trade Organisation over the Jawaharlal Nehru National Solar Mission's domestic content requirement (DCR) for solar cells and solar modules in its projects.

India maintains that US subsidies on solar products threaten Indian manufacturers and has accused it of dumping cheap and outdated technology in India.

India is expected to push for an easier US visa regime for its professionals and a totalisation pact that would exempt Indian workers from having to make social security contributions.

Top chief executives from both countries are slated to meet to meet on Jan 26 to set the agenda for economic cooperation.

The US is the sixth largest investor in India with $13 billion from April 2000 to September 2014. It is also India's second largest trading partner after China with bilateral trade worth $61.64 billion.

(Biswajit Choudhury can be reached at biswajit.c@ians.in)

India pushes back against China with Obama visit