In the past few years, about six drugs were denied patents in India, as the Indian patent system does not allow incremental innovations. 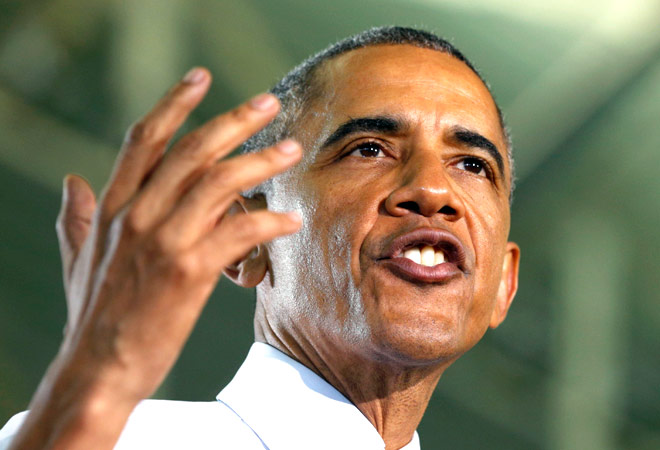 US President Barack Obama will be the chief guest at the Republic day parade (Photo: Reuters)

US President Barack Obama's visit to India is likely to accelerate ongoing pressure from the US on the Indian government to dilute its patent laws to help multinational drug makers, fears international medical humanitarian organisation Medecins Sans Frontieres/Doctors Without Borders (MSF).

The US has been scaling up pressure on India and increasing visits to the country over the past several months in order to aggressively campaign against India's patent law, said MSF in a statement.

"The US is pushing India to play by its rules on intellectual property, which we know will lead to medicines being priced out of reach for millions of people", said Dr Manica Balasegaram, executive director of MSF's Access Campaign.

The US multinational lobby is pressurising the Indian Government to dilute rules related to Section 3 (d) of Indian Patent Act on incremental innovations and Section 84 related to compulsory licensing (allowing generic companies to make drugs despite the patent) during emergencies.

In the past few years, about six drugs were denied patents in India, as the Indian patent system does not allow incremental innovations and one company was given compulsory licence to produce a cancer drug, citing affordability and availability.

India allows product patents and during the patent tenure, the innovator enjoys exclusive sales rights in the market.

The US is pushing for India to adopt intellectual property (IP) measures similar to those common in the US and EU, which would ultimately result in unaffordable medicine prices for both India and the countries that rely on affordable medicines made in India, said MSF.

Multinational drug makers say the Indian patent system needs to improve and one should also consider the time and costs involved in developing a new drug before accusing multinationals of fleecing Indian patients.

"Strong, stable and predictable IP regimes are critical to engendering a robust and vibrant innovative pharmaceutical industry and for intellectual property to be embedded in the fabric of the country; it is important to strengthen the law and improve implementation", says Organisation of Pharmaceutical Producers of India (OPPI), a grouping of multinational drug companies in India, in its position paper on patents.

"Moreover, there are tremendous benefits to India from a strong IP framework - clinical research investment, high-paying, skilled jobs, transfer of medical knowledge, and early access to the resulting new medicines", the organisation adds.

"Hundreds of promising molecules do not reach the market and we should consider the time and costs taken to actually bring these drugs to market," notes Ranjit Shahani, Novartis India Vice-Chairman and Managing Director.

"Pricing of medicines is the prerogative of individual companies in adherence to the guidelines issued by the National Pharmaceutical Pricing Authority (NPPA) from time to time", says Shailesh Ayyangar, president of OPPI and Managing Director of Sanofi India.

"Access to patented medicines is not merely restricted because of prices of the medicines and most innovator companies have extensive 'access programs' to support needy patients," he said.

MSF said the US pressure already appears to be having an impact and the new Indian government has been delaying a decision to allow generic production of an exorbitantly-priced patented anti-cancer medicine that is unaffordable in the country-an action recommended by a Health Ministry expert committee to increase access to affordable versions.

Also in response to US pressure, the Indian Commerce Minister in November set up a high-level 'think tank' to draft national IP policy and the draft published has lots of concerns.

"We need the Indian government to pay very careful attention to what the US is up to right now and the think tank so far seems to be singing Big Pharma's tune of undermining global efforts to finally overhaul today's system of how medicines are developed and priced," said Rohit Malpani, Director of Policy and Analysis of MSF's Access Campaign.

MSF also fears the recent decision of the Indian patent controller to deny patent for US based Gilead Lifesciences' hepatitis C drug sofosbuvir and the patent rejection is likely to be brought up by US officials accompanying President Obama.

"India now faces a challenge: future access to essential medicines for millions of people will depend on the new Indian government's decisions and the kind of patent and innovation system it endorses," said Leena Menghaney, South Asia Manager of MSF's Access Campaign.

Delhi on high alert ahead of Barack Obama's visit