The phone has been designed for Europe and emerging markets like the Middle East, and Africa and costs only Euro 129, which converts to around Rs 10,000. 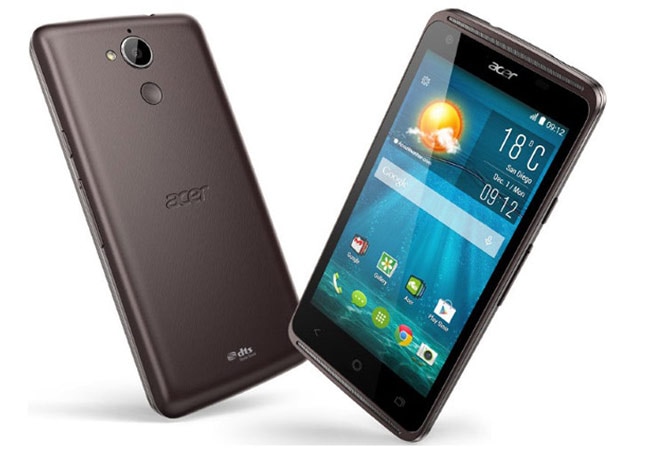 With 4G LTE coming to India in a big way in 2015, we have started to see many low cost LTE enable smartphones in the market. The latest is Acer's Liquid Z410, which is a budget 4G device. The phone was announced on Sunday at the Consumer Electronics Show, in Las Vegas, USA.

The phone has been designed for Europe and emerging markets like the Middle East, and Africa and costs only Euro 129, which converts to around Rs 10,000. While an India launch has not been announced, it could be heading this way too, but still it will not be the cheapest LTE enabled device in India, if it comes as that tag will go to the Yu Yureka, which launches on January 13 for Rs 8,990.

The phone is powered by a 64-bit chipset with 4G LTE, but Acer has not specified the chipset at play. This also means that we can't know if the phone will even support India's LTE bands, though it is likely that we could be talking about a device which could brandish Qualcomm's latest Snapdragon 410 or 615 CPUs. Both these chips have 64-bit and LTE support baked in, and we have already seen a few low-end offerings.

Other than this, we are talking about a device with a 4.5-inch qHD screen with a pixel density of 245 ppi.

Interestingly, it also has a button on the back, below the camera which Acer is calling Rapid. Essentially, it allows the user to launch certain actions quickly with a tap, though the details pertaining to its operation are yet to be revealed.

The phone also features the Quick Touch software layer, which allows the user to launch applications by drawing gestures on the screen.

Lastly, the phone can also be controlled from a Windows PC via a cable or wirelessly using AcerEXTEND.

It will be interesting to see if the phone comes to India and what pricing Acer settles on. India is a very price sensitive market and Acer may need to adopt an aggressive approach to enter India with the phone, more so with what it is offering at the moment in terms of pricing.