Wearables, UHDs to hog the limelight at the CES 2015 edition

The stage is set for the Consumer Electronic Show, the biggest annual technology show, and the air will be full of talks about exciting innovations and future wares. 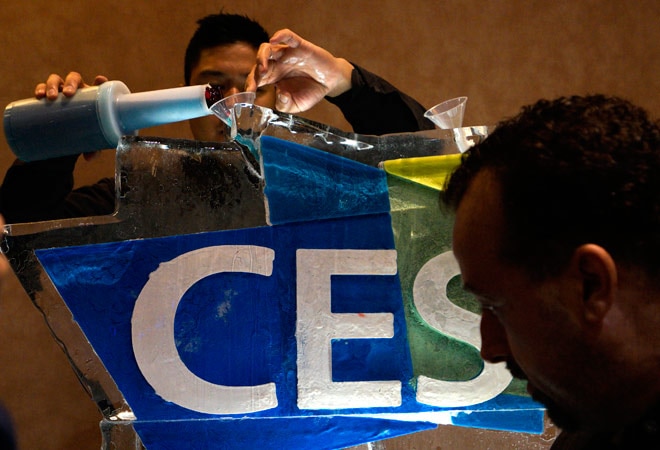 The stage is set for the Consumer Electronic Show (CES), the biggest annual technology show, at Las Vegas, Nevada, and the air will be full of talks about exciting innovations and future wares.

Here is a sneak peek into what the tech giants are up to.

Ultra high-definition TVs (UHDs) with 4k resolution has been in the limelight in the last couple of years. This year too it will be under the spotlight as these TVs are yet to become a hit among consumers.

Besides UHDs, there will Android TVs, panels with 8k (extremely high) resolutions and TVs that have built-in gaming functionalities. You would also get to hear more about Quantum Dots (QD) technology that is expected to add an extra wide range of colours in the display panel.

LG has already announced its QD-equipped television with 4k resolution. Samsung and Sony too are expected to announce their QD products; even Kindle Fire HJDX tablets may have the same technology.

2014 saw lot of action in this space and the trends that picked up last year are likely to continue with an additional pinch of innovation. Every consumer electronics company tried to enter this segment but in the end all we got was a dozen of fitness bands and smartwatches.

HTC is all set to venture into wearables with its wrist-worn device. LG might unveil its G Watch R2. Then there is Narrative Clip, a small wearable camera that weighs just 20 grams and has Bluetooth and Wi-Fi functions to uploads the pictures via apps. Though its efficacy is not yet proven, Melomind, a smart device that is supposed to relieve stress and rides on the idea of biofeedback, will be an attraction.

Sony will also showcase its epaper smartwatch called FES Watch. Hearnotes will launch its wireless headphones that promises superior sound quality and is based on technology called Kleer.

It is usually at the Mobile World Congress, another trade show that follows CES, that new smartphone innovations are paraded. But that does not mean that there won't be any smartphone launches at the CES.

Sony and Huawei are gearing up for the CES with their smartphones. Sony has released a teaser of "New World' Xperia smartphone. Some small players like the Russian YotaPhone 2 and Japan's Fx0 Firefox will also be present.

While Asus will unveil its new Intel-powered 4G LTE smartphones worth $300, we will also get to take a first look at the LG G Flex 2. On the grapevine is the talk about Samsung launching its Galaxy S6 but we really doubt that.

CES is not much about tablets and laptops but then a few players will be refreshing their line-ups. While Lenovo will do that with its ThinkPad series with two Ultrabooks and four ThinkPads in the 450 series. The E ThinkPad range will also have two laptops.

Acer has rolled out a 15-inch Chromebook with Intel's fifth generation core "Broadwell" processor and is targeting the hybrid laptop-tablet category. According to Toshiba's UK twitter account, the company is planning to launch a new tablet or a 2-in-1 tablet-cum-laptop. In 2015, there will be more focus on 2-in-1s.