CES 2014 gets off to a great start, brings back the curve

Samsung, LG, Sony and many other global electronics giants made several announcements on the opening day of the show that brightens the outlook for consumer technology. 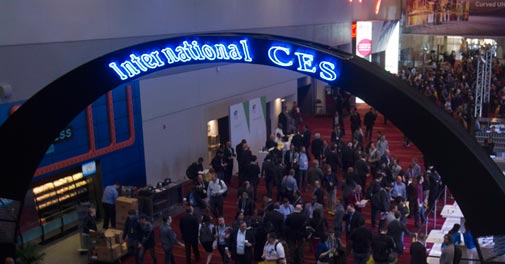 Siddhartha Sharma
The Consumer Electronic Show has got off to a great start. Samsung, LG, Sony and many other global electronics giants made several announcements on the opening day of the show on Tuesday that brightens the outlook for consumer technology.

Samsung unveiled the world's first 105-inch curved Ultra High Definition television. Ultra HD looks like the technology for 2014. Previously, the Korean giant had announced a 110-inch version but now the sizes run from 50 inches to 75 inches. Samsung plans to add streaming Ultra HD content through a smart hub with partners like Netflix. The event was marked by the embarrassing departure of Transformers director Michael Bay from the stage following a teleprompter error.

The last Ultra HD TV that Samsung showcased can either be used as a flat-screen TV or can be transformed into a curved display for better view with a touch of a button. The company hasn't yet revealed prices of these TVs.

Samsung also displayed some smart kitchen appliances and washing machines. The final announcement that Samsung made was for the Note Pro and the Tab Pro series of tablets that will enter the market soon. The Note Pro series tablets include a smart pen, and the back panel has design elements from the Note 3 smartphone. The Note Pro comes with a 12-inch screen, probably the only size left for any company to use.

LG, another Korean company, showcased the G Flex curved smartphone and a curved display TV. But the most interest device it unveiled was the Heart Rate Earphone, which contains sensors to measure blood flow signals from the inner part of the ear to capture data relating to heart rate and oxygen consumption. How's that for consumer and medical advancement both!

Japanese electronics giant Sony also showed commitment to the next generation of televisions and came up with some amazing Ultra HD models for 2014. The company also launched the Xperia Z1 Compact smartphone. The device is water-proof, dust-resistant and comes in a variety of colours.

Last on our pick is Micromax. The Indian company came up with the LapTab at the technology show. The device is the first dual-boot tablet, which runs it can run on both Windows and Android operating systems. It's expected by early February 2014 and sports a 10.1-inch display. Powered by a 1.46 gigahertz Intel processor, two gigabytes of RAM and a 7400 mAh battery, the tablet promises to take care of all your multitasking needs.