The phone comes with some high-end specs, including a 2.3Ghz quad-core processor from Qualcomm and support for 4G LTE networks. 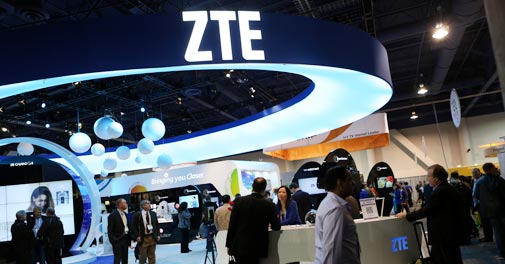 ZTE unveiled the new Android handset at the International Consumer Electronics Show (CES) in Las Vegas. It will start rolling out the cell phones in its home market China in March or April, but will start selling them in the US later this year.

According to TechHive, the phone will be priced between $327 and $396 without carrier subsidies.

The phone comes with some high-end specs, including a 2.3Ghz quad-core processor from Qualcomm and support for 4G LTE networks. It has a 5.5-inch 1080p screen, 2GB of RAM, and 16GB of storage, along with a 3000mAh battery.

ZTE's head of mobile devices Zeng Xuezhong showed off the phone, including some of its voice-assistant functions. When speaking "Hello ZTE" into the phone, the device will automatically reply and ask the user what tasks to perform, the report added.

The voice features can also turn the phone into a hands-free navigation system for driving. The phone currently understands only Chinese, and other languages will be incorporated in the future.

Over half of Yahoo! users on mobile: Marissa Mayer