Elections on Twitter: Narendra Modi mentioned most so far in 2014 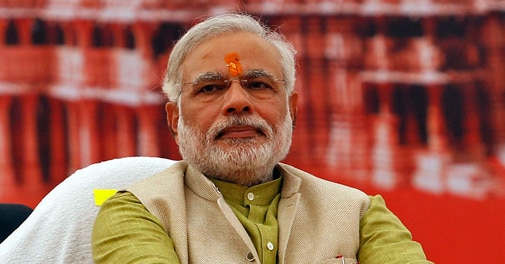 Results of the 16th Lok Sabha elections may still be a day away but Narendra Modi is already a clear winner on Twitter.

The Bharatiya Janata Party (BJP) leader has 11.1 million tweets about him, accounting for 20 per cent of all elections-related traffic on the mictroblogging site.

A total of 56 million tweets have been sent out till date with the total "reach" (including tweets, re-tweets and quotes) standing at 267 billion, according to the data released by the US-based firm.

Elections 2014:Where does the economy stand?

Aam Aadmi Party (AAP) found mention in 8.2 million or 15 per cent of elections-related tweets, followed by the BJP at six million or 11 per cent.

Arvind Kejriwal, head of AAP, was mentioned in 5 million (nine per cent), Indian National Congress 2.7 million (5 per cent) and Rahul Gandhi 1.3 million (2 per cent) were also on the top 10 list.

Twitter also released data on growth in number of followers from starting of the year to the end of the polls on May 12.

Number of followers on Twitter for @AamAadmiParty saw a growth of 119 per cent while @arvindkejriwal grew 79 per cent in the reported period.