Belying predictions, the country has received 21 per cent more rainfall than normal for this time of the year, India Meteorological Department (IMD) said. 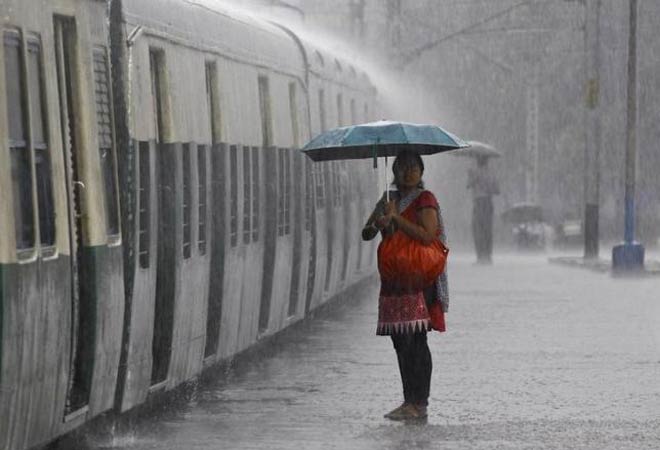 After making a slow progress, the southwest monsoon has advanced rapidly and is likely to hit almost the entire north India, including Delhi and the National Capital Region in the next 2-3 days, said the MET department on Monday.

The IMD said monsoon will also advance to Bihar, Jharkhand, Gujarat, Chhattisgarh and parts of Madhya Pradesh during that time.

Belying predictions, the country has received 21 per cent more rainfall than normal for this time of the year, India Meteorological Department (IMD) said.

"Conditions are favourable for further advance of southwest monsoon into remaining parts of north Arabian sea, the state of Gujarat, Chhattisgarh, Jharkhand, Bihar, entire Uttar Pradesh, Himachal, Jammu and Kashmir, most parts of Madhya Pradesh, Punjab, Haryana, Chandigarh, Delhi and Rajasthan over the next three days," the IMD said.

According to Skymet, a private forecasting agency, the southwest monsoon is making a good progress and conditions are favourable for further advance.

"After a sloppy and delayed start, southwest monsoon advanced at a fast pace against all odds and has already delivered 16 per cent excess rainfall since the beginning of the monsoon season.

"In a couple of days, it is likely to cover Gujarat, Bihar, Madhya Pradesh, North India including parts of Haryana, Punjab, Delhi and hilly states including Uttarakhand, Jammu & Kashmir and Himachal Pradesh," Skymet said.

Himachal Pradesh is expected to receive extremely heavy rainfall on June 24 and June 25, it added.

"There are multiple weather systems in the region that are currently active and will give very heavy rain in the state.

For instance, a western disturbance is approaching the hilly region, while a cyclonic circulation is seen over parts of Central Pakistan and adjoining Punjab," Skymet added.