Despite surplus rains in June, monsoon may still be deficient 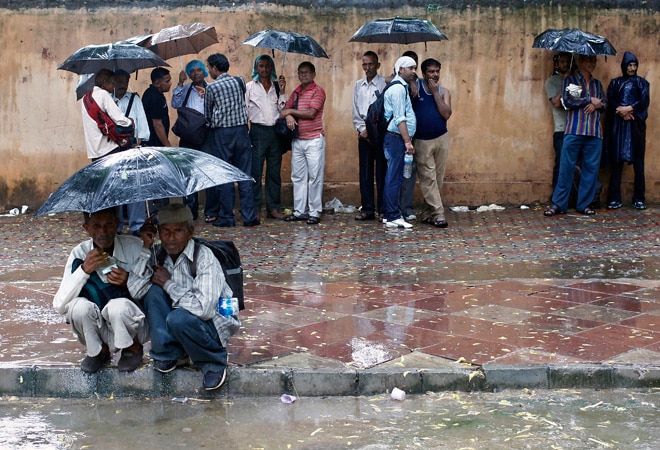 Principal research analyst Jyotindra Dubey
First came the warning from the India Meteorological Department (IMD): for the second successive year, India was expected to receive deficient rainfall. Then came the surprise: as on 24th June, India had witnessed 24 per cent above-normal rainfall. So does it mean that the IMD was being too negative in its predictions? If the monsoon has started on a good note, one can only expect it to improve, right? Not necessarily.

A strong monsoon in June alone cannot guarantee an equally good overall monsoon which spreads over four months (June to September). During June, almost every part of India witnessed rains above-normal rain benchmark, apart from Northwest India which saw a 5 per cent deficit rainfall between June 1st and 24th June. Although hopes for a normal monsoon rain have started building, historical evidences suggests otherwise. If we look at the last ten years of monsoon data released by the IMD, statistically there is not much of correlation between the June rainfall and the overall monsoon.

Traditionally, June has contributed the least to the overall monsoon rainfall. If we take the average of the last ten years, the rainfall in June adds up to only 17 per cent of the total monsoon rainfall. It is actually July which contributes the most and is also extremely crucial month in terms of Kharif crop sowing. July has contributed 33 per cent to the overall monsoon on an average and if we included August too, the two months have combined to contribute 62 per cent in the last ten years. 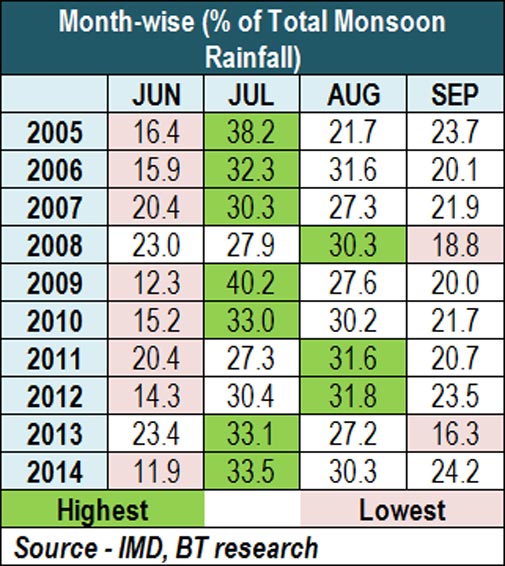 Worryingly, and in line with the IMD predictions, the prediction so far for July is not very optimistic. Jason Nicholls, Senior Meteorologist, Accuweather (weather forecasting agency) said in a report, "July will end up being below normal across India, except along the southwestern and northeastern coasts". IMD in their second 'Stage Forecasts for 2015 Southwest Monsoon Rainfall' had also predicted an eight per cent and ten per cent deficit rain in July and August respectively.

The total kharif sown area as on 19th June 2015 is only 91.6 lakh hectares, which is 8 per cent lower than same period last year and will only pick up in July and August once the monsoon settles in central part of India. A deficient rain in coming two months will have a huge impact of kharif crop production this year.