UK retail firm John Lewis is spiking IT budgets by 25 per cent in 2012 as the firm prepares to invest in building of its multi-channel strategy. Big request for proposals (RFPs) are on the way, CIO Paul Coby says.

One of the most admired CIOs in the industry (he was with British Airways for 10 years and Nasscom honoured him with an award on Tuesday), Coby says he is asking suppliers to reduce the firm's cost while demonstrating innovation , as the UK economy enters what seemingly could be a tough year.

John Lewis has relationships with Zensar, Cognizant and Professional Access in India in areas such as applications maintenance, testing and development of new web platform among others. 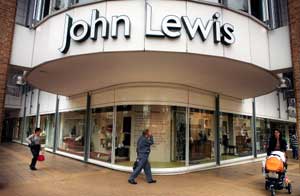 "Retail is an extremely competitive industry. There is a retail revolution fuelled by technology going on at the moment," Corby said in a chat with Business Today.

He would spend money this year on channel integration - integration of physical stores with online, mobile, call centres and the social media. IT budgets will also be spent on integrating a new website, a new point of sale (POS) system, in an order manager system and other customer-facing stuff.

Retail firms, globally, can spend up to 2-3 per cent of their turnover on technology. For many Indian IT services providers, it is a momentum vertical that can, going ahead, diversify its sectoral mix.
TweetYoutube