Satya Nadella studied at Hyderabad Public School. The school's emblem is an eagle and it prods its students to think of themselves as eagles and aim to soar high. 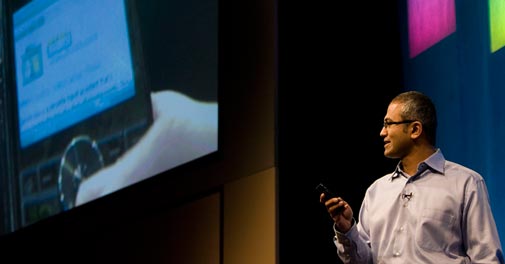 Hyderabad Public School. Located on Begumpet Road in Hyderabad, this is the school Satya Nadella , the newly appointed CEO of Microsoft, attended. The school's emblem is an eagle and it prods its students to think of themselves as eagles and aim to soar high.

By winning the top job at IT behemoth Microsoft, Nadella has more than lived up to the school's expectations. Nadella's parents, who live in Hyderabad now, though palpably happy, did not wish to comment on the achievement. His father B. N. Yugandhar, a retired civil servant, confined himself to a "thank you."

Those who have known the family attribute a lot of Nadella 's success to his upbringing. He grew up in an environment grounded in reality. C. Parthasarathy, Chairman, Karvy Consultants, who knows the family well, says: "This is really a proud moment, which is what all will say. But what is remarkable about this family is its high level of integrity, intellect and belief in hard work."

"He has grown up in an environment where these attributes would have been re-emphasised from time to time," adds Parthasarathy. "I think that helped him in his career. Parthasarthy is also closely associated with Hyderabad Public School and has been on its governing board.

Officials at Microsoft India were tight-lipped about the development. But they will all listen avidly when Nadella makes his address to Microsoft employees later in the day.

Nadella's email to employees on first day as Microsoft CEO

We are hungry to do more: Nadella tells Microsoft employees