Earlier in the day, Prime Minister Narendra Modi also lauded the efforts by states and promised all help from the Centre in the efforts. 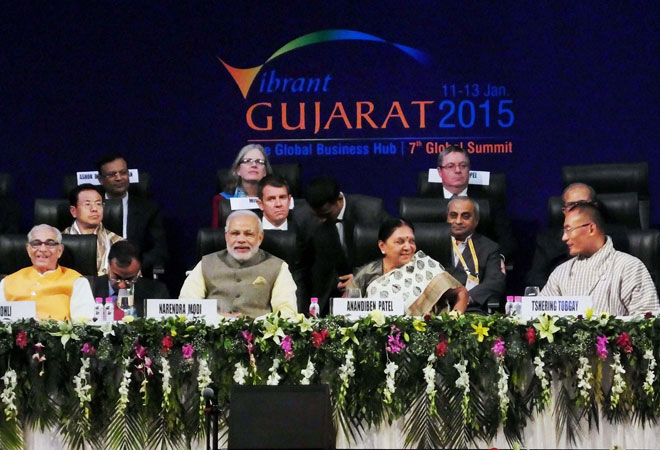 "The more the states organise it, the more their idiom and their attitude in support of investment change... It's a welcome phenomenon," Jaitley told reporters on the sidelines of the summit in Gandhinagar.

He said the recent trend, wherein states like Madhya Pradesh and West Bengal have held such summits while Maharashtra is also mulling one such show, is very heartening and he is glad that such aggressive activities are being undertaken.

The Uttar Pradesh government has also adopted an aggressive posture in attracting investors, with a strong media campaign wooing investors.

"I think this has become the principle economic summit as far as India is concerned. Now I think this is where economic activity is happening," the Finance Minister said.

Earlier in the day, Prime Minister Narendra Modi also lauded the efforts by states and promised all help from the Centre in the efforts.

"Today, many other states have adopted this approach... Government of India is committed to supporting any such initiative of any state government," Modi said in his speech.

The Prime Minister stressed a lot on the growth potential of the country and outlined his approach on the way forward in fastening the economic growth.

Speaking at the session on Corporate Social Responsibility (CSR), FM Jaitley said there is a huge amount of inequality in the society which is visible in things like lack of access to clean drinking water, absence of toilets etc, even though there is a widespread notion that the country is growing.

"Even though we're growing, there's a huge amount of inequality," he said, stressing that CSR is the medium to help bring the change.

The Finance Minister further said that there is a vertical division on development, saying states in the west are more developed than the ones to the east.

Jaitley said areas in the north east and the tribal states need larger support from both the state as well as corporates in making the change happen.