Measured by benchmark index Sensex, stock market has generated a positive return of about 9 per cent for investors in 2013 while gold prices fell by about 3 per cent and its poorer cousin silver plummeted close to 24 per cent. 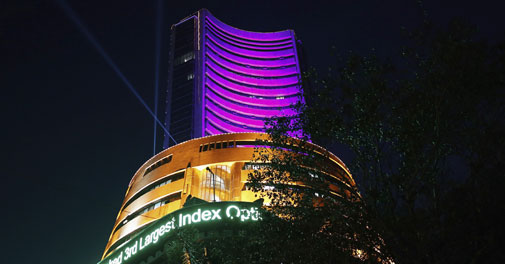 It was a year of stocks shining bright when it comes to adding to the investors' wealth, and the glitter of gold and silver fading for the second straight year in 2013.

Measured by benchmark index Sensex, stock market has generated a positive return of about 9 per cent for investors in 2013 while gold prices fell by about 3 per cent and its poorer cousin silver plummeted close to 24 per cent.

After outperforming stock market for more than a decade, gold has been on back foot for two consecutive years now vis-a-vis equities, shows an analysis of their price movements.

"Gold's under-performance was mainly due to prices falling in dollar terms amid anticipated tapering over last several months combined with FII investment in Indian stocks. This movement has been equally true for global markets as 2013 saw gold losing its shine and markets coming back with a bang," said Jayant Manglik, President Retail Distribution, Religare Securities.

"As always, gold and stock prices follow opposite trends and this year was no different except that both changed direction," he said.

Improvement in the world economy has brought the risk appetite back amongst retail investors and this has drenched the liquidity from safe havens such as gold leading to its under-performance, an expert said.

"When the US Fed gave indications that it might taper its stimulus programme given the economy shows improvement, a knee-jerk correction was seen in most risky assets, including stocks in Indian markets . However, assurance by the Fed about planned and staggered tapering in stimulus once again proved to be a catalyst for the markets."

Analysts say gold prices also fell due to hike in customs duty to 10 per cent and import restrictions imposed by the government to contain increasing precious metal demand.

The government took steps to curb imports of gold on concerns about the country's current account deficit (CAD).

The Reserve Bank of India, too, imposed restrictions on gold imports for banks, such as curbs on granting advances for the purchase of gold in any form.

Finance Minister P Chidambaram had appealed to citizens to refrain from buying gold and help the government's efforts to trim the widening CAD.

Historical data show that gold has given positive returns over the last 12 out of last 15 years. Also, gold prices have appreciated by an average of 20 per cent over the last 10 years, against about 18 per cent for equities.

According to Dhakan: "Optimism about the US economy gaining momentum was the prime reason behind the world markets rallying as it is considered the growth engine of world economy.

"When fear trims, its greed that takes over and that's exactly what has happened. So, investors are redeeming from safe havens such as gold, US treasuries and are investing into risky assets," he said.

The yellow metal is normally preferred as a hedge against inflation, and investors tend to park their money in gold as they consider it a safe bet in times of market uncertainties.

For the year ahead, Religare's Manglik said, "Markets like stability and elections due next year will play a major role in deciding the trajectory. A clear majority by any political party will set the stage for a long-term boom as it will boost sentiment and allow long-term decisions. This will also lead to more FII inflows and the return of retail investors."

"External factors affecting Indian stocks seem to be negative for the first half of 2014 due to continued strength of the US dollar and benign in the second half. By that time, elections too would have taken place. A combination of domestic and international factors point to a bumper closing of Indian markets in 2014 with double-digit percentage growth," he said.

Stock market segment mid-cap and small-cap indices have fallen by about 10 per cent and 16 per cent, respectively, in 2013.

Economy grows at slowest rate in a decade in 2013