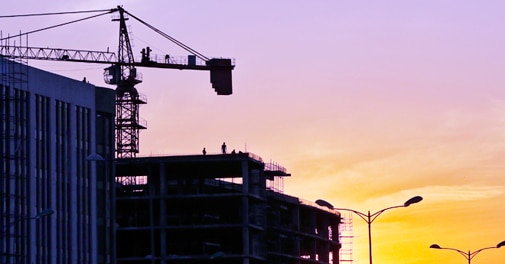 Economic slowdown, inflationary pressures, volatility in foreign exchange and stock markets, together with liquidity crunch and costly debt, took a toll on India's real estate sector in 2013, with investor sentiment taking a severe beating despite a number of reform initiatives undertaken by the government.

If 2012 was branded as the year of reforms, the year that followed also saw a number of policy initiatives pertaining to the realty industry. The high point was Parliament giving its nod to the 'Right to Fair Compensation and Transparency in Land Acquisition, Rehabilitation and Resettlement Bill, 2013', ensuring stricter norms for land acquisition and fair compensation to land owners.

{burb}In a significant move, the National Housing Bank formed a Mortgage Guarantee Company to extend mortgage guarantees to banks and housing finance companies against defaults by home loan borrowers. In yet another important move, the Securities and Exchange Board of India (SEBI), released the draft norms for real estate investment trusts (REITs), opening new avenues for retail investors for safe and transparent investment in real estate while providing a lifeline to fund-starved developers. The reverse mortgage policy was reformed by making annuity income from loan tax-free and making annuity payment life-long. But the much anticipated Real Estate Regulatory Bill could not see the light of the day.

Talking of new trends, the real estate market dynamics underwent a significant change as investor-driven market gave way to end-user driven market. Investors largely stayed away as they did not expect the market to improve in short term amidst political and economic uncertainty. In the wake of weak sales and low absorptions, there was substantial fall in the number of new launches.

Though mid- and affordable segment was also affected, it was luxury and premium segment which was most hit. Both end-users and investors showed lesser appetite for risk and opted for low-ticket affordable properties which were in great demand.

It was a buyer's market this year with ample choices and more or less stable prices though, despite inventory pile-up, developers had little leg room to cut prices because of increasing construction, labour and debt costs. Many home buyers played safe by opting for ready-to-move or nearing completion properties in the wake of large scale delivery defaults. It was because of the fear of delayed delivery that the trend of construction-linked and possession-linked payment picked up.

Like residential real estate being buyer's market this year, commercial office market was also turned to be Occupiers market. Amid mismatch between supply and absorption and low vacancy and commitment levels in functional and under-construction properties, corporates put their expansion plans on hold, while taking to space rationalisation and cost-cutting, thereby giving boost to demand for small and medium office spaces.

The IT and outsourcing sector was the main driver of office realty. Reeling under heavy bank debt, the commercial office segment is looking up to new instruments like REITs and bonds backed by rental income from office and shopping malls. And with absorption rate expected to pick up in 2014, this segment -- offering stable rental yields, with prospects for capital appreciation with low risk -- is expected to gain momentum and remain attractive for occupiers.

It was a challenging year for retail real estate due to economic stress coupled with high real estate costs and constrained FDI policies. One noticeable trend was that tier II-III cities emerged as attractive centres due to increasing disposable income, real estate cost advantage and high absorption.

However, some tweaking of foreign direct investment policies did not pay much dividend due to prevailing political uncertainty. Considering the economical and political instability, investment outlook does not look brighter. But as the capital and rental values are expected to remain stable on weak sentiment, retailers could well utilise this opportunity to consolidate and further expand their businesses.

Looking ahead, much of the realty revival in 2014 will depend on how well we get over prevailing political and economic uncertainty. We can expect any improvement only in the second-half of next year and that too if there is a strong and decisive government at the Centre, capable of taking crucial reforms like Real Estate Regulatory Bill and liberalisation of FDI in real estate forward.