India's civil aviation industry, which faced turbulence due to high operating costs in 2012, found some comfort in 2013 due to a slew of overseas investment deals that helped restore confidence in the sector. 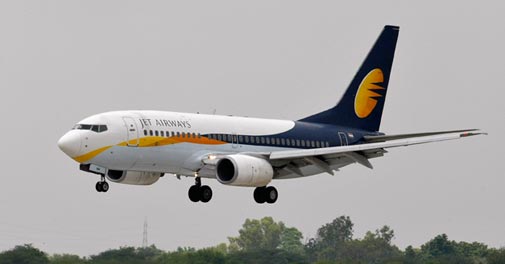 India's civil aviation industry , which faced turbulence due to high operating costs in 2012, found some comfort this past year due to a slew of overseas investment deals that helped restore confidence in the sector.

"This has been a flat year with minimum growth. However, with the intent of the Tatas and AirAsia on entering the Indian market has definitely paved the way for future growth in the sector," Ankur Bhatia, executive director, Bird Group, told IANS.

> Government plans to give a major boost to regional airlines, increase connectivity.

"In 2014, we are looking forward for establishment of a civil aviation policy, rationalisation of taxes on jet fuel and growth in the regional aviation space," said Bhatia, who is also a member of the Confederation of Indian Industry's panel on civil aviation.

Abu Dhabi-based Etihad Airways became the first foreign carrier to invest in the Indian sector. It bought a 24-per cent stake in Jet Airways for Rs 2,069 crore ($380 million).

Etihad doubled its services to Mumbai and New Delhi with plans for making Abu Dhabi a global hub connecting Indian passengers and freight to different parts of the world.

Another major announcement came from AirAsia 's Tony Fernandes, who partnered with Tata Sons and industrialist Arun Bhatia to set up a budget airline - AirAsia India - proposed to be based out of Chennai.

The venture, which will focus on the tier-II and III cities, is awaiting its air operator's permit from the aviation regulator.

The third big ticket joint venture in the sector came from Tata Sons and Singapore Airlines. They plan to launch a new full-service private carrier based in New Delhi. The proposal of the $100 million joint venture was approved by the FIPB in October. Officials of the proposed airline hope to launch services by May-June 2014.

"The biggest event in 2014 will be the commencement or expansion of commercial operations by four global airlines - Etihad, AirAsia, Singapore Airlines and Tiger Airways - along with their Indian partners," Amber Dubey, partner and head - aerospace and defense at global consultancy KPMG, told IANS.

"We also expect one more FDI deal in an existing airline. All this will bring in global best practices, greater competition, better choices for passengers and lower fares."

Another major milestone in the sector was the government's decision to privatise six airports, apart from developing and managing 20 airports under the public private partnership (PPP) model.

Passengers carried by domestic airlines during January-November was up 4.52 percent at 55.83 million from 53.42 million in the corresponding period of last year.

Air India too had some good news towards the end of 2013, as it was finally allowed to join the global Star Alliance inter-line pact. The flag carrier's earnings before interest depreciation taxes and amortization (EBIDTA) seem positive this fiscal end and profit making-plans in the near future seem to be on track.

For the ensuing year, the government is planning to focus on providing greater connectivity to smaller cities setting up of a Civil Aviation Authority (CAA) and trying to rationalise state taxes on jet fuel.

Currently, there are seven domestic passenger carriers in the country.

As of August 2013, 81 scheduled foreign airlines were operating to India with over 1,700 flights per week to and from 25 Indian airports. Of these, 72 were passenger carriers, while nine are cargo operators.