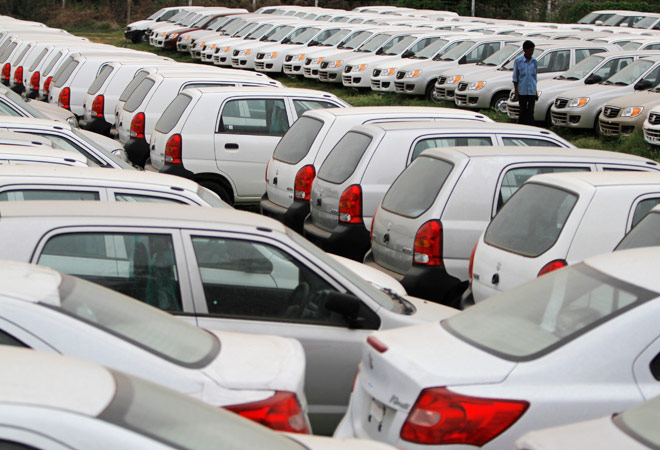 Top executives at car companies in the country are holding their breath. An additional excise duty of four per cent on vehicles is expected to be introduced in 2015. It was slated to be levied in mid-2014 but was deferred. Clearly, car makers are unhappy  with the decision.

In an informal discussion with journalists on a foggy winter afternoon in Delhi, Maruti Suzuki's top brass including its Chairman RC Bhargava says that it won't be a good move. He fears that it might affect sales but is sure that companies would pass the cost on to the customers. That has been the case before as well.

In 2014, there have already been two price increases by most of the car makers, including Maruti. Companies did not want to miss out on the opportunity to cash in on the recovery in the automobile market after months of falling sales. In fact, the industry saw negative growth in 2013.

In 2014, things started to look bright. There were a series of launches. Maruti continued to grow its market share which is about 45 per cent now. The year also marked the highest sales ever by the car maker at 11.4 lakh units. Clearly, it has become a market dominated by four players - Maruti, Korean car maker Hyundai, Japanese manufacturer Honda and India's Mahindra & Mahindra (M&M). The four of them hold 71 per cent of the car market which has 18 odd players. M&M is predominantly an SUV maker.

Maruti launched the C-segment sedan Ciaz which is selling more than 5,000 units every month. The new diesel Honda City sells more than 7,000 units per month. Hyundai's Verna has somehow run out of steam with these two cars giving it competition, but still three new cars - compact sedan Xcent, the new i10 Grand and the new i20 - have sustained sales growth for the company.

Meanwhile, Tata Motors has been struggling with more than a decade old Indica and Indigo. The Nano, even after the revamp, has received a cold response. It has launched the Zest and the Bolt, two completely new cars,

Companies such as Volksagen, its sister company Skoda, General Motors, Fiat and others have been brought down to insignificant numbers. In 2010, Volkswagen wanted to get 10 per cent of the market by 2015, but hardly has a two per cent share. Toyota was also eyeing a 10 per cent share in 2010 but still isn't there.

For the past three to four years, customers have been worried about rising petrol prices, and the increasing gap between diesel and petrol. That too is under control, at least for a while. Petrol cars have started moving out of dealers' showrooms to the relief of car makers. Also, the prices of petrol have come down, which makes owning a vehicle more affordable. Bhargava said that fortunes of the car industry is linked to the state of the economy. If economic growth gathers pace, cars would sell.

Even though 2014 was better than the previous year, the festive season did not turn out to be as expected. Company officials think that 2015 will be much better. With the Modi government at the helm, CEOs believe that decision making by the government will be quicker, boosting growth.

New launches are another reason to rejoice - it helps boost sales. The coming year there will be a lot of car launches. Hyundai has a compact SUV, Maruti has S-Cross and a light commercial vehicle, and Honda has the new Jazz and another compact SUV in the pipeline.

Cars will be dearer starting January - thanks to rising input cost and the likely imposition of the additional excise duty. But still, with the economy looking up, car makers have no reason to sulk. At least Maruti won't - it will perhaps add a couple of percentage points to its market share and  get closer to conquering half of the domestic market.  Bhargava doesn't see it reaching the 50 per cent market share in 2015.

BSE Sensex gears up for best rally in 5 years