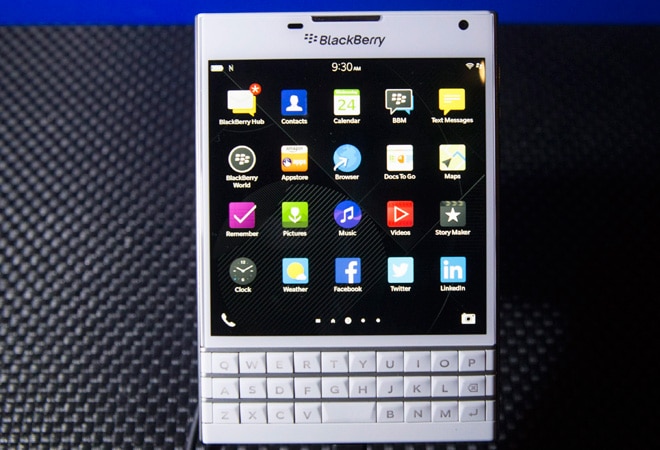 The year 2014 was an exciting one. There was a lot of buzz in the smartphone space. Wearables, too, was a sought-after category. There was renewed interest in tablets and 4K displays became popular. As 2014 comes to an end, here's a look at a few gadgets that made it to the top:

GOQii: There was a lot of action in the wearable gadget space, with a number of fitness bands being launched in India. While most bands only focused on tracking footsteps and activity log, the GOQii band went a step ahead. It comes with a personal coach that guides you about the eating habits and physical workout over the GOQii app. This coach isn't a computer-based software, but a certified expert in health and nutrition. The band is paired with a smartphone or a laptop using the GOQii app. One has to feed in water intake, food intake, etc., in the app. The band counts the footsteps automatically and syncs the data with the app. It works with Bluetooth 4.0.

Lenovo Yoga Tablet 2: Over the last couple of years, Lenovo has mastered the design of its Yoga series. Extending it to the tablets too, the Lenovo Yoga Tablet 2 is designed keeping in mind the basic need of its users. This eight-inch tablet has an innovative design. There is a hinge on one end that makes it a lot more comfortable to hold. It even raises it slightly when placed on a flat surface, making it convenient to type. In addition to the hinge, there is the kickstand, too. Combined together, the tablet can be used in different modes. Opening the stand holds the tablet, making it a great content consumption device. There is a loop in the stand that can be used to even hang the tablet on the wall.
Price: Rs 20,999

Toshiba P50t: Ultra HD, also known as 4K, is the new buzzword in the technology space. While 4K TVs continue to be exorbitantly priced, Toshiba's Satellite P50t is the world's first Ultra HD laptop. It packs in a 15.6-inch IPS display, which offers great colours, crisp text and wide viewing angles. The 4K resolution makes it look good even further. Be it HD or 4K content, the video playback quality is superb. But its real application lies when you are editing multiple videos or photographs. You do not have to browse around these videos or photographs and you have more space to view them on in a very high resolution. The only limitation at the moment is the lack of 4K content. But the Satellite P50t successfully manages to make full HD content look good and better than the other laptops. For gamers, the laptop is ahead of its times as very limited, new games look good on this display. Last, the HDMI port is 4K-ready, which goes well with a 4K TV at home.

OnePlus One: Coming from a new Chinese company, OnePlus, the One is a great flagship killer. At half the price of what the flagship smartphone costs, it packs in a great full HD display, powerful processor, great camera and, above all, 64 GB of internal storage. The looks are good and the phone is sturdy to hold. The camera is good, be in the bright daylight or at night. And there isn't any compromise on the performance front. It comes with Cyanogen OS at the moment. All this makes it a winner.

Nikon D3300: The D3300 is a great camera for beginners. Offering 24.2 million pixel count, it is capable of capturing sharper and more detailed images. Although removing the anti-aliasing filter increases the chance of moiré patterning appearing on some images, the 24.2 megapixel count fairly reduces such patterning occurring, thus making it easier for the first timers. The new 18-55mm f/3.5-5.6 VR II kit lens that ships with the D3300 is one of the main talking points of this DSLR. For the first time, Nikon have implemented a retractable design to make the lens more portable when it's not in use, something that quite a lot of compact system cameras have in their lens ranges. As a result, the 18-55mm f/3.5-5.6 VR II is much more compact that its predecessor when retracted to the L position, though, of course, you still have to extend it outwards to start shooting.

Gadgets Worth a Mention

Not all gadgets made it to the top of the list. A few, however, did leave an impact. The following gadgets impressed us:

Lenovo Vibe X2: Gionee's S5.5 and now the S5.1 looked good. But the Lenovo Vibe X2 seems to be out of the gadget world. Claimed to be the world's first layered smartphone, the Vibe X2 has multiple layers visible on its edge. The three layers are done in different colours that distinctly stand out. The sleek body makes it appear like a chocolate bar. It has also got a five-inch full HD IPS display and a decent processor that makes it a winner in all segments.
Price: Rs 20,000

BlackBerry Passport: This device was BlackBerry's attempt to win back its loyal business clients. The company has gone ahead with a squarish chassis over the typical, rectangular slab design. The display with a 4.5-inch display feels broader. There is a QWERTY keypad, too. Clearly, it wasn't designed for a single-handed operation. With its sole purpose is to talk business, reviewing spreadsheets or browsing the web, there is more space to read and even zoom in. The BlackBerry OS 10.3 makes it easy to use such an awkward-sized phone. The Priority Hub gives access to important notifications.
Price: Rs 49,990

Samsung Galaxy Note 4: This phablet is a successor to the last's year (2013) Note 3. And there isn't anything revolutionary in terms of the design. But the way Samsung has mastered its S Pen functionality is worth a mention. The S Pen has actually replicated the interface of scribbling with a pen on a paper. The camera onboard is superb, in fact, one of the best in the industry. Overall, it is one of the best phablets in the market. But it does come at a cost.

VU 50-inch 4K LED TV: 4K TVs became popular this year but were exorbitantly priced. VU Technologies, a California based brand, came up with a 50-inch 4K LED at a much affordable price. It has got a straight line design with a very sleek bezel that makes it look elegant. Being a smart TV, it has got an Ethernet port or can connect over a Wi-Fi network. The K310 comes with 3840x2160 pixel resolution that makes watching 4K content a delight. Even the regular content looks superb. As 4K content is not readily available at the moment, it does support content upscaling. VU has added quad-core graphics engine that can upscale content when played from a set-top box. The TV has got great viewing angles, too. It has got 4 HDMI and 3 USB ports.

Portronics iLume: Irrespective of its small size, the iLume does a great job. This is a short throw portable projector that easily fits in one's hand. Setting up this projector is also a child's play as one just needs to plug in the power cable and the content source. Even though compact, it offers a host of connectivity options: SD card slot, HDMI port, VGA port, USB and AV port. It has a 500 ANSI lumens LED lamp with 1280x800 pixel resolution. The lamp is good enough for projection in a dark room and projects anywhere between 15 and 120 inches. The projection is sharp and the colours appear crisp against a yellow or a while wall. The three-watt speaker isn't impressive, but one can always plug in a sound bar. The experience was no less than playing a movie in a personal home theatre. Unlike many projectors that generate lot of heat and noise, this one doesn't.