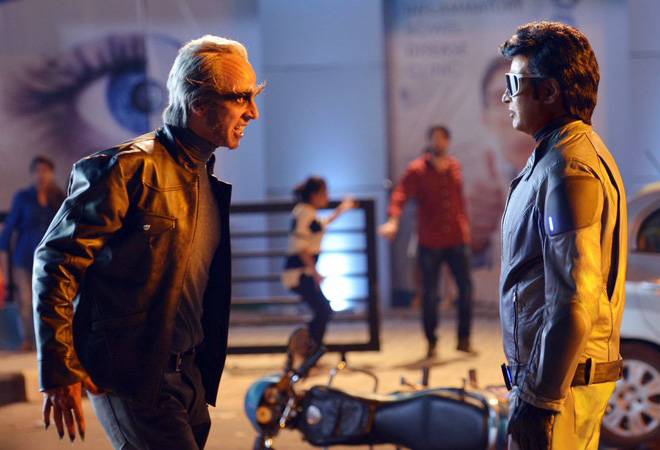 2.0 Box Office: Rajinikanth, Akshay Kumar's movie is one of the highest-earning Indian movies

Rajinikanth-Akshay Kumar starrer 2.0 is finally on its way out of the theatres. Made on a budget of Rs 540 crore, 2.0's worldwide collection has comfortably crossed that amount. Rajinikanth's 2.0 was released in Telugu and Hindi as well. Akshay Kumar-starrer 2.0 has become the second highest-earner in India. It is still surpassed by Prabhas' Baahubali: The Conclusion.

Rajinikanth's 2.0's box office success also comes on the back of its international collections as well. Shankar's sci-fi managed to conquer the international box office as well. However, 2.0 is yet to release in China. 2.0 will run in 56,000 screens in the country.

With its release in China, 2.0 is expected to compete for the top spot with big releases like Dangal and Baahubali: The Conclusion, two of the highest-grossers in the history of Indian cinema.

Sequel of Enthiran, 2.0 revolves around strange incidents taking place in the city of Chennai. Mobile phones are flying off the hands of users and from the shelves of shops. However, no one has been able to figure out the meaning of this. Dr Vaseegaran also seems to be unable to crack the puzzle. It is when people start dying in mysterious ways that the authorities decide to bring Chitti back to life.