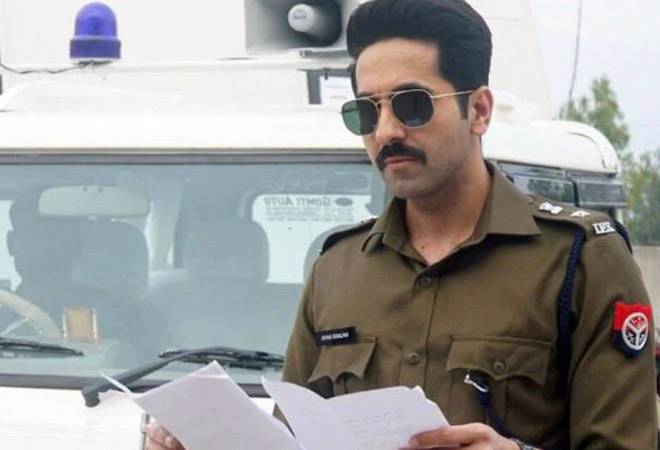 Article 15 Box office collection Day 13: Article 15 has been praised for its strong storyline and the incredible roles portrayed by actors

Ayushmann Khurrana starrer Article 15, which was released on June 28, is nearing the half century (Rs 50-crore mark) at the box office. Having raked in a total of Rs 49.48 crore so far, the Article 15 box office collection was reportedly affected by the India vs New Zealand ICC World Cup 2019 semi-final, said film trade analyst and critic Taran Adarsh. In its first week, Article 15 collected Rs 34.21 crore, including Rs 5.02 crore on its first day and Rs 7.25 crore on its second day. Helmed by director Anubhav Sinha, Article 15 is based on the Article 15 of the Indian Constitution, which prohibits discrimination on grounds of religion, race, caste, sex or place of birth.

The storyline for the socio-political drama film, Article 15, has been inspired from true life events, including 2014 Badaun gang rape and 2016 Una flogging incident. Ayushmann Khurrana, the protagonist, plays a police officer in the film. Article 15 is written by Gaurav Solanki and Anubhav Sinha and also stars Isha Talwar, Sayani Gupta, Kumud Mishra and Manoj Pahwa in significant roles.

Article 15 has been praised for its strong storyline and the incredible roles portrayed by actors. Positive reviews and strong word of mouth helped the film gain a good start. "In a world of Bollywood cinema, where chest-thumping and nauseating patriotism is celebrated, it is safe to say Article 15 is a daring and well-meaning courageous film.Unlike Karan Johar's glossy Dhadak, which tiptoed around caste in its film even though the original Sairat was hard-hitting, Article 15 plunges right in, unabashedly," India Today's Lakshana N Palat wrote in her review. Produced by Zee Studios and Benaras Media Works, Article 15 was selected as the opening film for the 10th edition of London Indian Film Festival, which premiered on June 20.